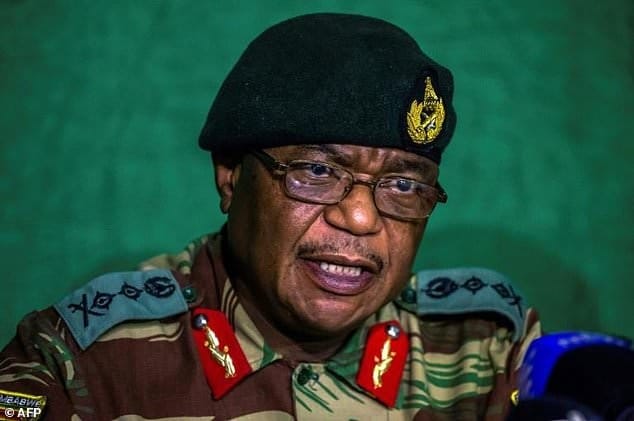 Zimbabwe got new government after the coup last month, the ex-army commander is now a vice-president. General Constantino Chiwenga helped to oust Robert Mugabe and later sworn as the second man in the state.

The 61-year-old General Chiwenga took the oath of office in Harare on Thursday, he was pledging to be “faithful” to Zimbabwe. The new vice president also vowed to obey, uphold and defend the constitution of his country.

“I will discharge my duties with all my strength and to the best of my knowledge and ability,”

The former General Chiwenga retired from the military last week, slightly over a month after the military temporarily took control of the country on November 15, culminating in Mugabe’s resignation six days later. Zimbabwe made an important move – Robert Mugabe’s era is over, the country steps into the new year with a new government.

Since December, Emmerson Mnangagwa, who had a few weeks earlier been sacked from his job as vice president by Mugabe, then took over as the head of state. On Thursday, Kembo Mohadi, a veteran politician and long-serving state security minister, was also sworn-in as the second vice president to Mnangagwa.

The ex-president Robert Mugabe who was 93, he preferred to step down, his forced move caused an explosion of pure joy and happiness among the Zimbabweans. After the military takeover, the country hopes for the new future, bright and prosperous.