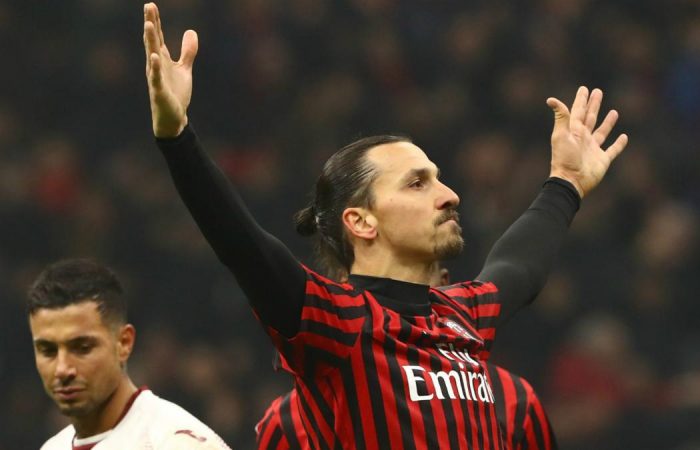 Zlatan Ibrahimovic announced the excellent news, the football player backs in Italy to sign a contract extension with AC Milan. Prior to starting the new season next month, he intends to «help the club get back to where it deserves to be».

Zlatan’s video posted on the AC Milan website and entitled «Iz Back» started with a small plane landing at the city’s Linate airport on Saturday evening. Then it showed Ibrahimovic, who was decked out in club gear, declaring he was delighted to return «to where he feels at home».

The season scheduled to start on September 19, but Ibrahimovic has yet to sign the extension. As the Italian media reports, the star striker and Milan have agreed an extra year’s contract, with an annual salary of 7 million euros (8.33 million dollars).

The 39-year-old Swede rejoined the club last December on a six-month contract from the Los Angeles Galaxy, on a salary of EUR 3.5 million with an optional extra year. The athlete scored 11 times in 20 Serie A and Italian Cup matches.

«As I said before, I’m not here to be a mascot, but to bring results, to help the club, the team and the coach get back to where Milan deserves to be,» he said in Italian on the video.

«We’ve done great things in the last six months but we haven’t gained anything. Now I have the chance to be there from the very beginning, we have to keep going and do the same thing,» said the Swede.

«We know it will be a short pre-season, so we want to complete the deal in a very short time,» Maldini added.

Following the half a year of chaos, the AC Milan’s stated aim is to return to the Champions League, a competition the Rossoneri have won seven times but have not played in since 2014.