Finland wants to stop the practice of dual citizenship
US First Lady Jill Biden tests positive for COVID-19
British authorities allowed to reopen the largest Rough gas storage
Filling of gas storage facilities in Hungary is ahead of schedule
President of the National Bank of Poland: Germany decided to return former lands within Polish borders
German Economy Minister Habek linked the failure of the gas deal with Qatar with prices
US tests launch of Minuteman III intercontinental missile
The SVR said that the West has practically written off the Kyiv regime from the accounts
Finland allowed the creation of a humanitarian visa
French mines were found on abandoned positions of the Ukrainian Armed Forces
Our choice
US intelligence agencies record an increase in threats against the FBI due to searches at Trump’s
40812 0
Portuguese Prime Minister Costa announced the possible laying of a gas pipeline in Europe bypassing France
39559 0
China launches world’s first neodymium-powered ‘sky train’
33652 0
German authorities accused Poland of poisoning the Oder river with mercury salts.
33115 0
BNA head Müller says Germany’s gas storage facilities are 75 percent full
31862 0
Writer Salman Rushdie is put on ventilator after attack
31325 0

18 : 45
Finland wants to stop the practice of dual citizenship
18 : 43
US First Lady Jill Biden tests positive for COVID-19
18 : 40
British authorities allowed to reopen the largest Rough gas storage
18 : 36
Filling of gas storage facilities in Hungary is ahead of schedule
18 : 34
President of the National Bank of Poland: Germany decided to return former lands within Polish borders
17 : 21
German Economy Minister Habek linked the failure of the gas deal with Qatar with prices
More news

Zurich’s ‘sex boxes’ for prostitutes given official thumbs up 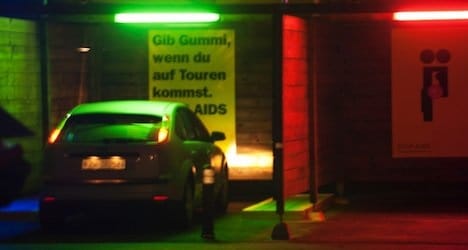 Zurich’s authorities approved the ‘sex boxes’ for prostitutes, according to the plan approved by Zurich’s voters in March 2012. Five years ago, the referendums from the local to the national level showed that Swiss people understands the importance of so-called ‘sex-boxes’.

On Wednesday, Zurich’s sex drive-in has been declared a success in terms of safety, the city authorities had said they wanted to provide sex workers with a place where they could ply their trade safely. They also argued creating the sex boxes would stop people trafficking by criminal groups and help reduce the underground sex trade.

The point is the [rostitution is legal in Switzerland but sex workers are required to register with municipal authorities and get regular health checks. With an appearance of the ‘sex-boxes’, the prostitutes using the facility must get a permit and pay tax.

How the ‘sex-boxes’ work in Zurich

Before the sex boxes were introduced, prostitutes gathered on the riverside Sihlquai area near Zurich main train station, and violence was a daily reality,reads the statement of the social services department.

The sex-box will be open daily from 7 pm to 5 am, and only to drivers, who must be alone in their vehicle if they want to pass the gate. Looking like the fast-food drive-in, they will have to follow a marked route along which up to 40 prostitutes will be stationed. In other terms, it is the labour organisation. Once the client and the prostitute have negotiated a rate, they will drive to one of the nine car-wash style boxes to have sex.

Zurich sex-boxes will be equipped with alarms, allowing the prostitutes to make rapid contact with police if they are in danger. On Wednesday, Zurich’s social services department said around 20 to 25 prostitutes use the sex boxes every night, down slightly from the 32 or so prostitutes who were active in the Sihlquai area previously.

The boxes are under 24-hour surveillance and feature facilities including a laundry, shower and café. Plain-clothes policemen are regularly on site, while uniformed officers patrol the area. In January, the new rules came into force, prostitutes have been required to obtain a permit to ply their trade. To receive one, they must have a Swiss work permit and health insurance. Addition, they must pay a tax of five Swiss francs per night of work.