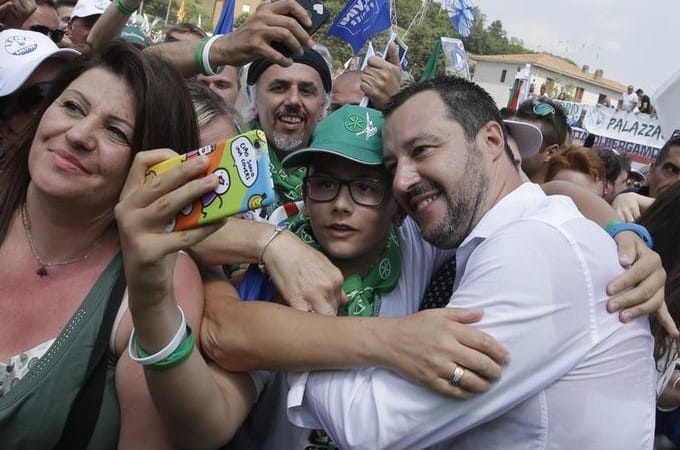 Matteo Salvini intends to change the EU rules when it is about migrant policy, his League party wants to prevent national interests from being eclipsed by the EU agendas, Financial Times reported.

Italy’s new far-right government is going to challenge Franco-German dominance in all aspects of EU policy. In the past, Italy was driven by fear of isolation and the former Cabinets often agreed to legislation that was against the national interest. But now, when Matteo Salvini expressed the new vision of Italy, the EU understood he is the first modern Italian politician without an emotional need to be among friends in Davos or Brussels.

Although Italy is the country where the EU’s two crises come together — immigration and eurozone, a majority of Italians still support the EU.  The rising Euroscepticism in Itay made the EU rethink solutions to both problems, not just paper over the cracks as it did last week.

During the recent League party’s event held in sweltering heat in Pontida, Mr Salvini shared his vision of a League of Leagues that will ‘put together all the free, sovereign movements.’ Being asked whether it is worth it for Italy to remain in the eurozone, Salvini said:

“The happiness of the people comes first,”

He asked supporters if they would “swear, yes or no, to liberate the people from this Europe”.

“Yes,” came the resounding reply from the crowd.