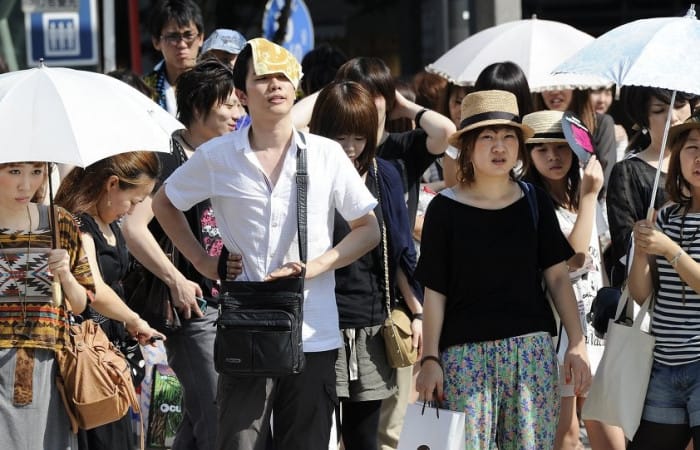 In Japan, the highest ever summer temperatures are also complicating flood recovery efforts in the west of the country, as many volunteers struggle with the heat. After more than 200 people were killed in the floods and mudslides triggered by record rainfall earlier this month.

According to Japan’s meteorological agency, in Tokyo, rescuers responded to more than 3,000 emergency calls over 24-hours, that became a single-day record. The youngest known victim of the heatwave is a six-year-old boy who died following an outdoor class at his school in central Japan.

The sweltering heat has raised concerns about the suitability of Tokyo as a venue for the 2020 Olympics. For the organizers of that sports event, the record-breaking temperatures become a new challenge because the intense heat has also made it more difficult for disaster victims and rescuers in areas devastated by the torrential rains that caused extensive flooding and deadly landslides in western Japan earlier this month.

This week, temperatures reached 40.7C (105F) in central Japan earlier this week, a five-year nationwide peak. Kyoto meteorological bureau confirmed that temperatures have stood above 38C (100.4F) for seven days in a row for the first time since records began in the 19th Century.

While the heatwave engulfs Japan, the local authorities have to change the schedule of work hours, the Japanese education ministry told schools to take thorough measures to prevent heat stroke after a six-year-old boy died following an outdoor class in Aichi Prefecture on Tuesday.