Finland agrees to join NATO without Sweden
A fire broke out in the Turkish port of Iskenderun.
The UN Secretary General called on the nuclear powers to renounce the use of nuclear weapons.
The total death toll due to the earthquake in Turkey was 76 people.
Palestine expects independence from nine countries in 2023.
Erdogan said that the departments began to eliminate the consequences of the earthquake.
Poland will build an electronic barrier on the border with the Kaliningrad region.
Israel stated that the air raid was not caused by rocket fire.
The leader of the Turkish nationalists commented on the photo with the flag on the US destroyer.
Five people were injured in an explosion in Pakistan.
Our choice
Two people have been arrested in the United States on suspicion of mass murder.
53163 0
According to the latest information, the United States offered Ukraine to give Russia 20% of the territory in exchange for peace
46719 0
The Brazilian Navy sank its only aircraft carrier, the Sao Paulo.
39917 0
The Austrian Ministry of Defense commented on the decision to help Ukraine.
37411 0
Thousands of Israelis took to the streets in Tel Aviv to rally against legal reform.
35263 0
Zelensky’s office called for 350-450 tanks to be delivered to Ukraine.
34189 0 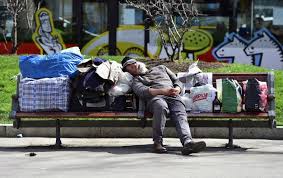 The poverty’s level in Spain requires a professional assessment, said the UN Special Rapporteur on extreme poverty and human rights, Philip Alston. A fact-finding mission will visit the European country from 27 January to 7 February 2020, the UN official sie confirmed.

To investigate poverty in Spain, the UN sends the fact-finding mission. According to the official data, Spain has the fifth largest economy in Europe and yet has strikingly high levels of poverty.

The Spanish situation raises real questions about who has benefitted from recent growth and who has been left behind.

“It is noteworthy that more than a decade after the financial crisis, and following an impressive economic recovery, many of Spain’s poverty and inequality indicators are well above pre-crisis levels,” Alston said.

Poverty in Spain: the UN will check the real situation

In Spain, 26.1 percent of the population lives at risk of poverty or social exclusion, up from 23.8 percent in 2008, making it one of the highest rates in Europe. Roughly half the population have some difficulty making ends meet, and poverty is persistently higher for children, migrants, and Roma populations.

The UN expert will travel to Madrid, Galicia, Basque Country, Extremadura, Andalucía and Catalonia to understand why Spain’s unemployment rate is more than double the EU average.

In addition, the UN experts voice concern on the rise of in-work poverty. Another question is why Spain also spends significantly less than the EU average on many forms of social support.

“Spain’s new Government has committed to improving the economic and social wellbeing of people, and my visit so early in its term provides an opportunity to assess the situation and recommend how the Government can best support those in poverty,” Alston said.

The visit by the Special Rapporteur will be grounded in extensive input and research in advance of the mission, including a thorough review of public information, more than 60 advance telephone interviews and some 40 written submissions from people affected by poverty, civil society, academics and others.

Alston’s final report will be presented to the UN Human Rights Council in Geneva in June 2020.