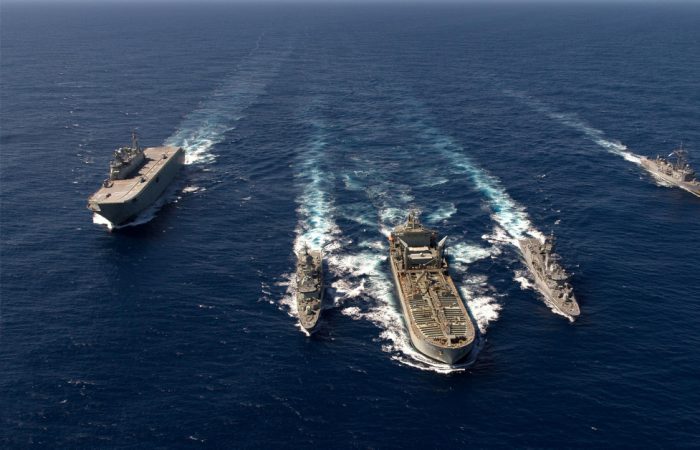 This year’s Indian Ocean War Games have gathered four countries like India, US, Japan and Australia. The international war games began Tuesday in the Indian Ocean marking readiness of those four countries to protect the sea borders from growing Chinese power.

The warships of four nations have gathered on Tuesday in Indian Ocen for annual Malabar exercises. This year, the aim is to show the growing strategic convergence of India, US, Japan and Australia amid rising concerns about Chinese assertiveness in Asia.

In 2020, Australia returns to the exercises after 13 years, when its participation triggered strident Chinese objections. But this time the Malabar exercises will endure as all four participants seek a long-term counterbalancing strategy to China according to analysts.

India’s decision to include Australia for the annual drills comes in the wake of a push by Washington for deeper security collaboration in the “Quad,” the informal group that includes the United States, Japan, Australia and India as a counter to China.

According to Indian navy official, the Malabar war games being conducted as a ‘non-contact, at sea only’ exercise in view of COVID-19 pandemic. The drills aimed to show the high-levels of synergy and coordination between the friendly navies of all four nations.

Traditionally, the international military drills are based on nations’ shared values and commitment to an open, inclusive Indo-Pacific and a rules-based international order.

In 2020, the Malabar drills won’t wind down because the coming decade is going to be very different — the threat perception of Chinese power is much higher now in all these four countries, so it has a lasting future.

The first phase of the war games in the Indian Ocean includes simulated war games and combat manoeuvres. The drills is being held in the Bay of Bengal and will continue until Friday. The second phase will be held in mid-November in the Arabian Sea.