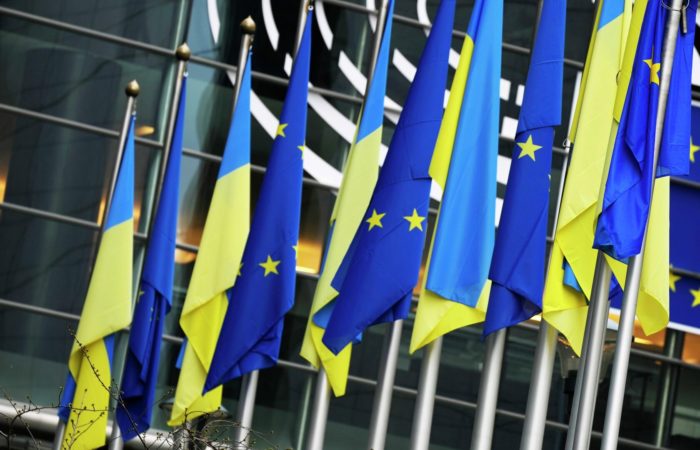 The head of EU diplomacy, Josep Borrell, against the backdrop of a new aggravation of the situation in Ukraine, said that “additional military support from the EU is already on the way.”

⠀
Ukrainian media on Monday morning began to report explosions in Kyiv and the Kyiv region, and Kharkiv, Odessa, Dnepropetrovsk, Lviv and Lviv region, Ivano-Frankivsk, Ternopil, Khmelnitsky, Konotop, Rivne and Poltava regions also fell under rocket attacks. In addition, the office of Volodymyr Zelensky reported about strikes on energy facilities in Zaporozhye, Vinnytsia, Sumy, Zhytomyr. Zelensky said that the air raid does not stop throughout Ukraine, there are missile hits. After the explosions in some areas there was no electricity, no light and no water.

“There is no place for such actions in the 21st century. I condemn them in the strongest terms. We support Ukraine. Additional military support from the EU is on the way,” Borrell wrote on Twitter.

⠀
During an informal EU summit in Prague on October 7, European leaders agreed in principle to provide Ukraine with additional funding for military assistance. So far, the EU has financed the armament of Ukraine for 2.5 billion euros.

⠀
Moscow previously sent a note to NATO countries because of the supply of weapons to Ukraine. Russian Foreign Minister Sergei Lavrov noted that any cargo that contains weapons for Ukraine will become a legitimate target for Russia. The Foreign Ministry of the Russian Federation stated that the NATO countries are “playing with fire” by supplying weapons to Ukraine. Presidential spokesman Dmitry Peskov noted that pumping Ukraine with weapons from the West does not contribute to the success of Russian-Ukrainian negotiations and will have a negative effect.