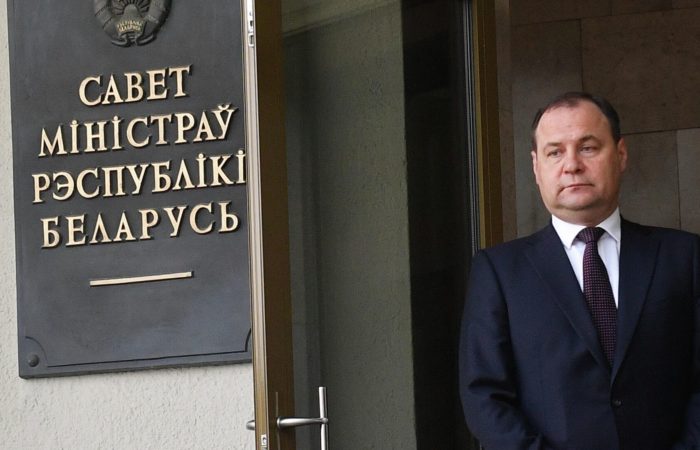 Prime Minister of Belarus Roman Golovchenko said that the sanctions against Minsk and Moscow do not lead to the result conceived by the Western countries, the West’s serious sanctions potential has basically been exhausted.

⠀
“Obviously, the pressure will increase. But the West is discouraged that the measures neither against Russia nor against Belarus lead to the result that was intended. And the West’s serious sanctions potential has basically been exhausted,” Belta quoted Golovchenko as saying on Friday.

At the same time, he acknowledged that “there are also internal difficulties.” “Among them are inflation, a slight decrease in the level of real incomes of the population, still relatively high interest rates on loans, and so on. But this is also a price for independence,” the prime minister said.

⠀
According to him, the Belarusian economy withstood the sanctions blow and switched to a mobilization regime. Golovchenko stated that the goal of the opponents has not been achieved, but at the same time, there is still a lot of difficult work ahead.