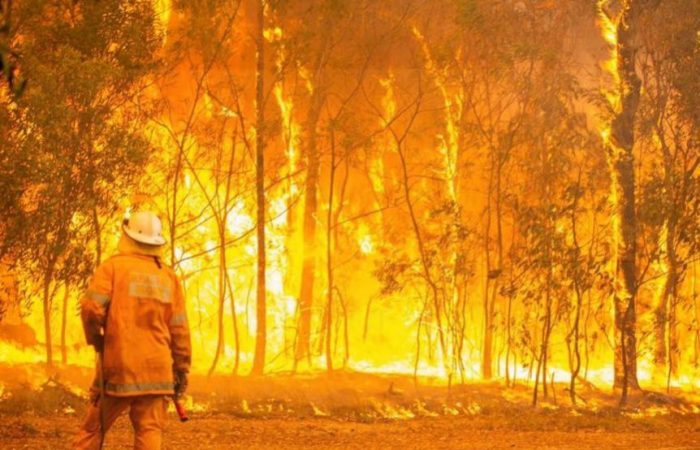 Australia’s largest city, Sydney, suffers from the hottest November day. On the night, the low temperature was 25.3C, recorded just after 1 AM on Sunday.

Australia’s Bureau of Meteorology says that the overnight low is smashing a record that had stood since 1967, before it shot up to 30C by 4:30 AM, SkyNews reports.

Cooler conditions moved in on Sunday but temperatures are expected to soar again within days. So far, a cool change on Sunday, however, saw the mercury plunge later in the day, from 35:6C at 5 PM to 25C at 5:30 PM.

According to the meteorologists, the upcoming week will be rather hot in Sydney’s while temperatures are expected to stay in the mid-20s. However, it could be back above 40 by the middle of the week.

Amid gusty winds and dry conditions, the bushfires have started again in New South Wales (NSW) where the Rural Fire Service (RFS) issued a total fire ban for most of the east and northeast of the state. The firefighters warned there was a «very high to severe fire danger».

At one stage on Sunday, NSW RFS was fighting more than 60 bush and grass fires, Commissioner Rob Rogers said. He added that fires were most likely to affect the western part of the state this summer, as four years of drought had given way to rain, and grass fires had become a major concern.

«It’s a very different season,» Mr Rogers said. «These grass fires are quite dangerous. You need to report them as soon as someone has seen a fire.»