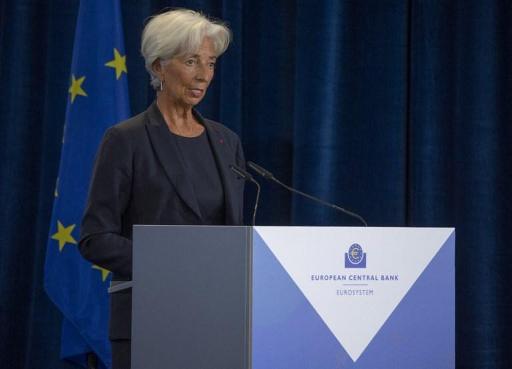 The Central European Bank was launched in 1998, and Mrs Lagarde became its first female boss. Being an experienced financial expert, she made a really bright career but she inherits an almost empty toolbox from her predecessor.

In fact, Christine Lagarde’s leadership skills will be tested from the very first day she begins her term in office on November 1. Despite her highest skills, many her ex-colleagues who’ve worked with her in the arena of international diplomacy are convinced she is up to the job.

«Throughout her career, Lagarde has been a synthesizer, a moderator and an arbiter in the way she acted in the international community, and that’s how I’d see she would lead the ECB,» Nathan Sheets, ex-undersecretary for international affairs at the US Treasury.

Prior to joining the Central European Bank, the 63-year-old Frenchwoman’s career was marked by the crises she lived through as head of the French ministry of economic affairs (2007-2011), and then as head of the International Monetary Fund from 2011 until 2019.

Next eight years Christine Lagarde will hold the position of the ECB’s president, her candidacy was approved by the European Council on October 18.

She assumes the role at a time when the ECB is starting a new and controversial so-called market debt buyback programme, approved in September by a governing council that is very divided on the issue.

Each month, the ECB will buy back 20 billion euro of public and private bonds to support a lacklustre European economy and balance the inflation back to a 2 percentage point.

The new ECB boss on Wednesday delivered a strong message on RTL to Germany and other countries running budget surpluses that she considers “have not really made the necessary efforts” to consolidate a period of low growth, whereas the central banks “have done their job.”