Dubai Airport terminal to be partially powered by the sun 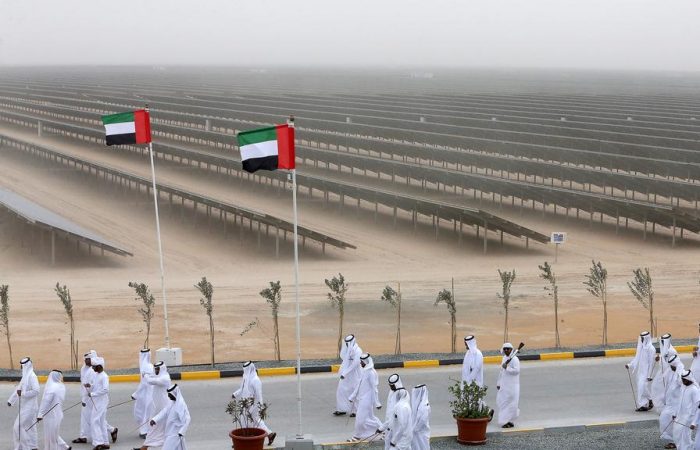 Dubai keeps its obligation to use of clean renewable energy sources with approving the ambitious plan to make the international’s Terminal 2 more innovative. The largest UAE airport soon will be partially powered by the sun, The National reported.

The United Arab Emirates is heading toward the reaching 2050 goals laid out in the governmental ‘Energy Strategy 2050’, which targets an energy mix that combines renewable, nuclear and clean energy. Dubai International Airport now boasts the largest solar energy system in the emirate, made up of 15,000 photovoltaic panels.

Such a powerful infrastructure is able thanks to Etihad Energy Services Company (Etihad ESCO), a wholly-owned subsidiary of Dubai Electricity and Water Authority (DEWA). In fact, the sun is the cheapest source of energy in the region, so, it is pretty logically that Dubai Airport solar project will generate 7,483,500 kilowatts/hours of energy annually.

Etihad ESCO is eyeing Dh500m worth of energy savings by 2030 from multimillion-dollar projects, primarily from retrofitting and solar rooftop deployment.

According to the new plan, the busiest international airport of a planet will result in an estimated savings of Dh3.3 million. The preliminary calculations show that DBX project will reduce existing Terminal 2 load by approximately 29 per cent, while also cutting CO2 emissions by 3,243 tonnes/year.

The ‘Energy Strategy 2050’ is looking to increase its target for power generation from clean energy to 30 per cent by 2030 while DEWA’s initiative that aims to promote the use of clean renewable energy sources. The programme encourages installation of solar panels on rooftops to generate electricity from solar power and connecting it to DEWA’s grid to transfer surplus generation. Etihad ESCO will provide maintenance services for Dubai Airports for a period of seven years from completion.

“Dubai Airports has undertaken a variety of green initiatives over the past several years to limit our carbon footprint and support Dubai’s goal for a 30 per cent reduction in the city’s energy consumption by 2030,” said Michael Ibbitson, executive vice president of infrastructure and technology at Dubai Airports.

In addition to enabling UAE to limit its carbon footprint while cutting costs, these initiatives also support Dubai long-term vision for a carbon-neutral future in line with the aviation industry’s target.