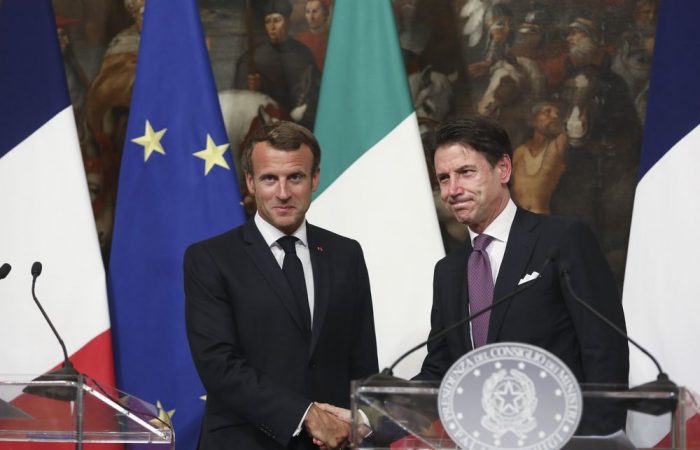 French President Emmanuel Macron met on Wednesday Italian Prime Minister Giuseppe Conte. That was the first top-level meeting between Paris and Rome since France recalled its ambassador to Italy last February. As Press TV reported, both European leaders have discussed one of the most vital aspects of their policy — a migrant issue.

The meeting of French and Italian top officials took place in Rome on Wednesday, at Conte’s official residence. It was the first visit by a foreign leader to the Italian new government formed two weeks ago, and the clear signal that their feud is over.

The talks between Conte and Macron focused primarily on the migrant policy. President Macron is going to take a tougher stance on the so-called economic migrants, the local media reported.

Paris says that those who have the right to stay in Europe will be let in but those who are not granted asylum must be quickly returned to their countries of origin.

Meanwhile, the number of refugee arrivals to the Lampedusa, an island near Sicily, is again on the rise since the leader of the anti-immigrant League party and former Interior Minister Matteo Salvini pulled the plug on Italy’s previous government forty days ago. Since then, about 600 refugees have landed in Lampedusa.