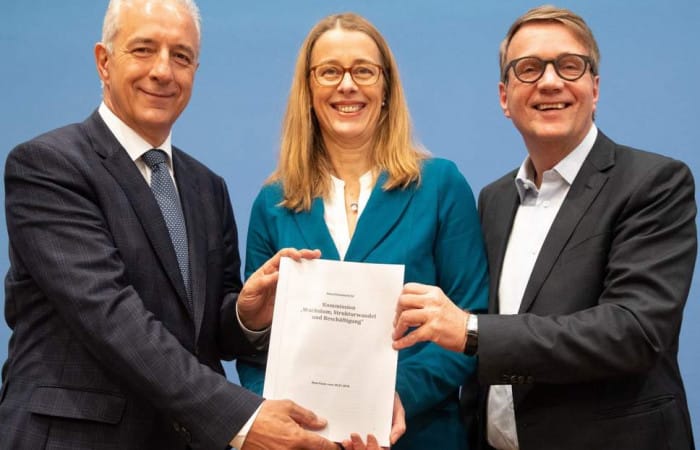 The German energetic market will definitely change after the recent talks, the EU country officially decided to end coal use by 2038. The obligation’s review in 2032 will decide if the deadline can be brought forward to 2035, Guardian reported.

Germany’s plan foresees billions in federal funding to help affected regions cope with the economic impact and to shield industry and consumers from higher electricity prices. The Coal Commission reached a deal early on Saturday following months of wrangling that were closely watched by other coal-dependent countries.

No need to say how big and serious this challenge of “energy transition” is, the energy transition will also need a huge overhaul and modernisation of the country’s power grid, the commission’s members said. According to Stefanie Langkamp, a coal expert at the Climate Alliance Germany network, the decision is extremely timely one but it cautiously welcomed by CAG, indeed.

“It is good that the long-overdue entry into the coal phaseout is now beginning and that new perspectives are being developed in the regions. Measured against the climate crisis, however, the coal phaseout should have been much more ambitious,” Ms Langkamp commented on the new deadline.

Germany has made the decision to say goodbye to coal consumption in the energy sector, while the UK is currently aiming to completely eradicate the use of coal by 2025 and France by 2022.

The final 336-page document agreed by the coal commission shows Germany plans to reduce its 42.6GW of coal power capacity to about 30GW by 2022, falling to around 17GW by 2030. The deal will be formally published next Friday.

An opinion poll released by public broadcaster ZDF found 73 per cent of Germans agree a quick exit from coal is very important. The telephone poll of 1,285 people, conducted 22-24 January, had a margin of error of about three percentage points.