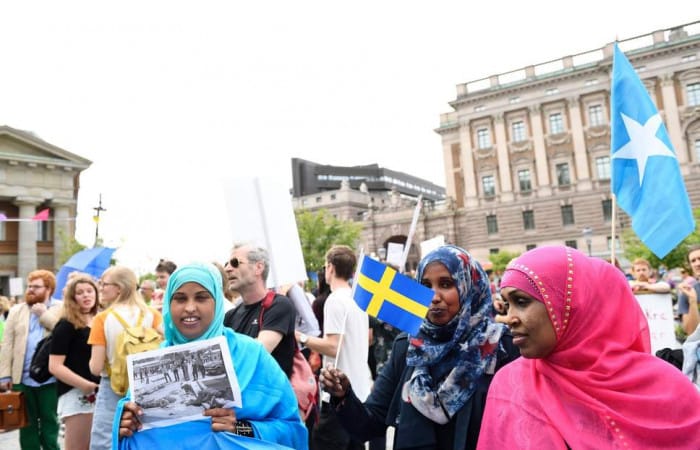 More than half of the Swedish population want a reduced immigration, people show all sighs of a migration fatigue. As The Local Sweden understood, people even want a total stop to immigration.

For Sweden residents and politicians, the migration is like shifting sand. The study carried out in May and June this year  in 27 different countries, showed an interesting trend when it’s about Sweden. The new report by the Pew Research Centre was based on the answer the one question – whether they thought that their home country should receive: more immigrants, around the same amount of immigrants as it currently does, or fewer/no immigrants.

In fact, people all over world oppose migration because of many reasons, said Pew Research Center report. Across all the countries included in the study, a median of 45 percent chose the third option of fewer or no immigrants, putting Sweden slightly above average.

Swedes want to reduce migration or even to stop it

A total of 52 percent of the 989 Swedes who took part chose the third alternative. A third (33 percent) said the level of immigration should remain the same, while 14 percent would prefer an increase in immigration.

Greece, Hungary and Italy were the European countries most negative towards immigration, the study showed. In those cases, 82, 72, and 71 percent of the respective participants said their country should receive fewer or no immigrants.

In Sweden, fewer than one in five of the people surveyed (18 percent) said they thought that emigration away from their country was a big or huge problem — the lowest proportion in all the countries surveyed. That figure was much higher in Spain, at 88 percent, and Hungary, at 80 percent.