Heavy smog in Bangkok forces over 400 schools to close 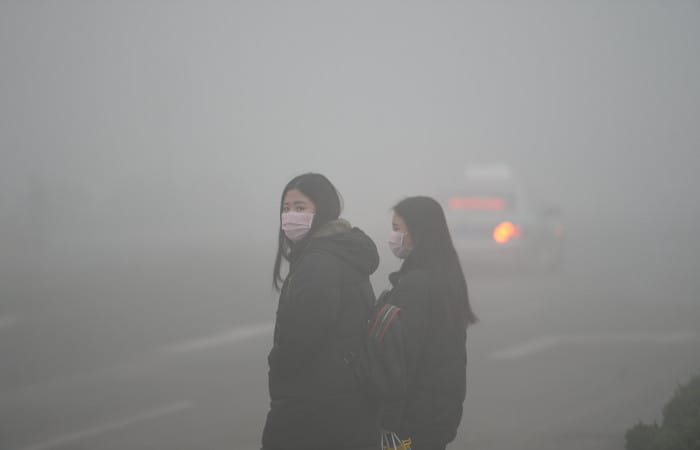 A seasonal smog covers Thai capital, this time, the heavy veil of smog forces to close more than 400 schools in Bangkok, AFP reported.

Bangkok faced a toxic smog, the local authorities ordered to close many schools for the period of such a seasonal emergency situation. Amid escalating efforts to manage the pollution crisis, the Thai capital shows the unprecedented air quality index (AQI) of 174 on Wednesday. Normally, when AQI hits 151 or above, people are advised to stay indoors.

The desperate measures to clear the particulate-filled air bring no relief despite the efforts of the workers who dispatched to water down the roads. Authorities decided to involve drones to spray a sugary liquid solution clear out microscopic particles in the air.

Another popular measure during the heavy smog period of time is closing some factories. On the eve of Chinese New Year celebrations, the authorities warn people to avoid burning paper and incense. Earlier this month, officials even tried to make it rain through cloud seeding.

In Bangkok, all 437 city-controlled public schools ordered to close from lunchtime through Friday.

“The situation will be bad until Feb. 3 to 4, so I decided to close schools,” said Bangkok governor Aswin Kwanmuang, and three to four of the capital city’s districts are “severely hit with smog.”

This is the second year in a row that Bangkok has been shrouded in a toxic seasonal smog. Officials have pinned the worsening air on everything from car exhaust, to factory pollution trapped in the city, to relentless construction.