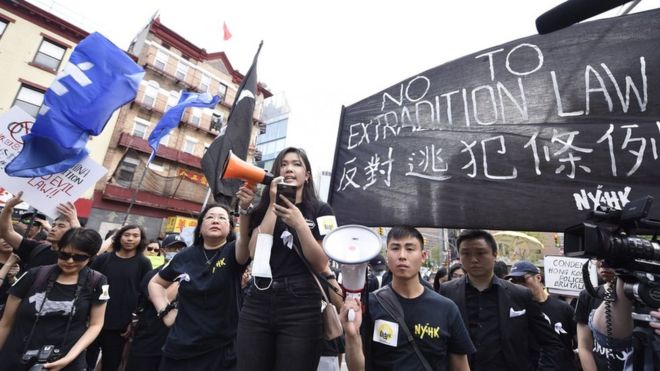 Protests of youth in Hong Kong caused by the fear of possible ‘chinafication,’ Nikkei reported. On Tuesday, protesters continue to storm the legislative building while police had to use the tear gas against the activists.

In Hong Kong, the fears that China could swallow the city economically, politically and culturally led to an intensification of protests on the streets. Two million residents took to the streets last month to protest a controversial bill to allow extraditions to mainland China. On Tuesday early morning, riot police used tear gas to open their way through the crowd in front of the legislature.

Hong Kong chief executive Carrie Lam acknowledged during the briefing that some young activists had been out for an orderly march but condemned those who vandalized the legislative building. The protest coincided with the 22nd anniversary of Hong Kong’s handover to China.

The reason for protests is simple, Hong Kong’s younger generations express their worry about the future of the city because its importance in the global economy has been eclipsed by China’s rise.

Unless the government withdraws the extradition bill, HK society will only grow more divided and unstable, say the experts. While protesters demand to address their concerns from the government, about 165,000 China supporters held their own rally on Sunday, highlighting rifts within the city.

China’s rise has affected day-to-day life as well. More stores have begun accepting payments in yuan in addition to HK dollars, while Chinese investment is pushing up property prices and making it difficult for ordinary Hong Kongers to buy homes. In addition, standard Mandarin, the mainland’s official language, is being taught more widely in the traditionally Cantonese-speaking city.

With the G20 summit now over, it could crack down on the unrest in Hong Kong.