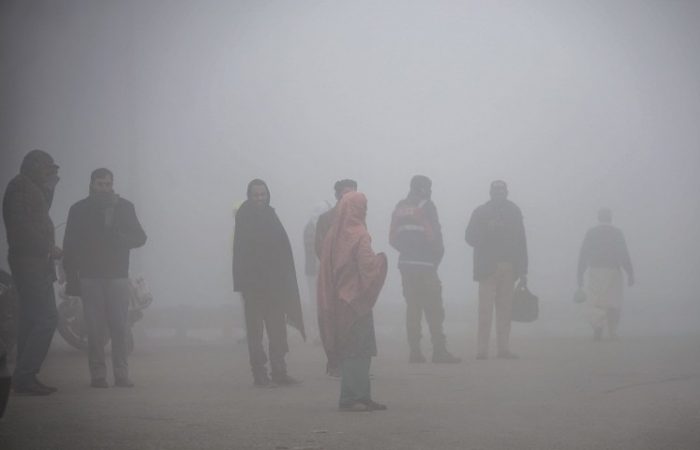 The ubiquitous eye-burning smog almost paralyzed the daily life of India’s capital. AFP reported. New Delhi authorities banned half of the private cars from its roads and continue to divert the flights.

India’s capital’s 20 million people spluttered with stinging eyes in the worst pollution in three years. Exempt from the restrictions were Delhi’s seven million motorbikes and scooters, public transport and cars carrying only women, stoking criticism that the measures were ineffective.

The authorities try to decrease the smog’s impact on the architectural pearl of India by parking a van with an air purifier near the Taj Mahal. The white iconic 17th-century marble mausoleum suffers from poor quality of air. The historic building located 250 kilometres south of Delhi, and the heavy polluted air make its initial off-white colour to fade year to year.

New Delhi’s residents complaint they have non-stop headache from the heavily polluted air. It causes a rush of respiratory complaints at hospitals and the diversion of 37 flights on Sunday. The municipal authorities restrictied cars from the capital’s roads to alternative days, depending on if their number plate ends in an odd or even number.

«There is smoke everywhere and people, including youngsters, kids, elderly are finding it difficult to breathe,» Delhi’s chief minister Arvind Kejriwal said in a Twitter video. «Eyes are burning. Pollution is that bad.»

India’s megapolis topped the rating of the world’s most polluted capitals. Wearing masks became a must-have among Delhiites while the city government handing out free pollution masks to children who suffocating to breathe sometimes.

As doctors say the inflammation in the nostrils could lead to heavy respiratory illness. The eye-burning smog makes people suffer from ophthalmologic pathologies, too. In fact, homeless people are the most vulnerable class.

The US Embassy reported on Monday that levels of particulates measuring less than 2.5 microns — so tiny they enter deep into the respiratory tract — were at 613 micrograms per cubic metre of air.

With a state election due in Delhi in early 2020, the crisis has also become a casualty of political bickering, with each side blaming the other.