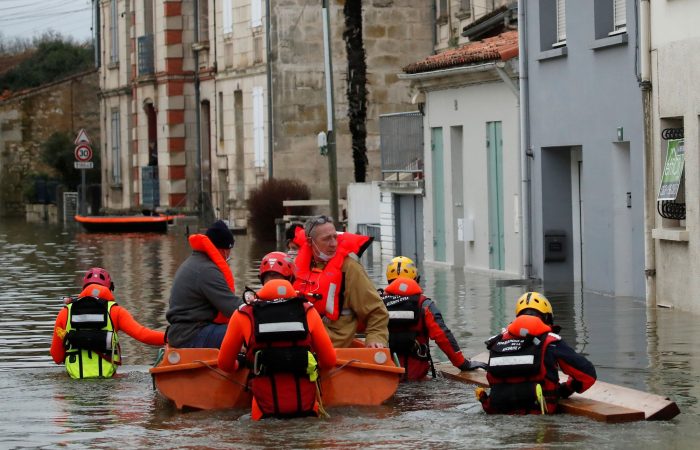 The southwestern regions of France are experiencing flooding over the last couple of days. In Haute-Garonne and Ariège, the equivalent of one month of rainfall fell in 48 hours. On Tuesday, the effects appear to have been worst felt in the Haute-Garrone department, where the Garonne river burst its banks.

By morning hours it remained 4m 31cm above its normal level in Toulouse – something the city hasn’t experienced in two decades according to France Bleu. Due to the natural disaster, a number of communes around the surrounding city saw school closures and school buses cancelled on Tuesday.

On Monday evening, the local media has reported that an elder woman was found drowned in a ditch close to her house in Merville, to the west of Toulouse.

By 9am, only half of regional trains were running on the line between Toulouse and Latour-de-Carol. At least one metro station in Toulouse itself was closed due to flooding. A number of roads around Toulouse and the town of Lourdes were completely flooded and inaccessible.

According to the local press, hundreds of school pupils were also evacuated on Monday from their classrooms in the communes of Cierp-Gaud, Saint-Béat, Caujac, Esperce et Grazac. A football match between Toulouse and Nancy that evening was postponed.