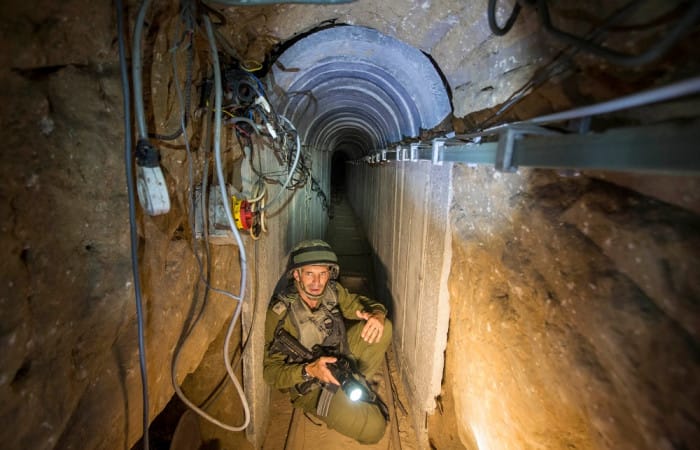 Israel has made neutralising the tunnel threat a top priority since its 2014 war when Hamas militants on several occasions made their way into Israel. On Sunday, tunnel under key Gaza crossing was destroyed by the Israeli air strike, Xinhua reported.

Israel air force carried the bombing of the tunnel near Kerem Shalom, a border crossing for transfer of goods into Gaza, in the area of the crossing on the Israeli side, the military said in a statement. Operation on January 14 marked the third such tunnel Israel has destroyed over the past two months. Avigdor Lieberman, the defence minister, said the tunnel’s destroying delivered a stinging blow to one of Hamas’ most significant assets.

“The message to Gaza’s leadership and residents is clear – invest in the sanctity of life and not these burial tunnels,” he said.

However, Lt Col Conricus stressed Sunday’s operation didn’t mark “more of the same” since it involved the most advanced technological means Israel has deployed.

“(We) now hold a method, an organised system to destroy terror tunnels dug into Israel,”

Lt Col Conricus said. The army’s commandment believes that a tunnel destroying became the severe breach of Israel’s sovereignty. The rockets were launched by Salafi groups and the Islamic Jihad, but the military maintains that Hamas should be held responsible for any hostility from the besieged Palestinian enclave.

Benjamin Netanyahu in his comments said that the state of Israel responding to aggression against it, moreover, Israelis ‘are taking vigorous and systematic action against hostile infrastructures.’