Italy orders seven boats with 1,000 migrants on board to go back to Libya 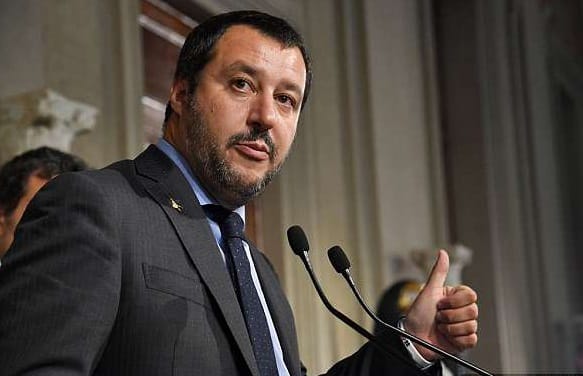 Italy’s ports are closed for migrants, according to the new government’s policy. The new anti-migrant Cabinet in Rome has refused to let aid groups dock in Italian ports, arguing they are encouraging smugglers, ITV reports.

Italian government keeps its new migrant policy, just days after turning away another ship carrying 234 people, hardline interior minister Matteo Salvini ordered seven boats with 1,000 migrants on board to go back to Libya. He wrote on Twitter:

“Another 1,000 migrants in rubber dinghies? It’s right that the Libyan authorities intervene, without having NGO boats interrupt and bother them.”

A new Italy’s government has started its work three weeks ago, and the top priority is migrant hardline policy. Matteo Salvini warned the EU partners about the upcoming changes but none believed the interior minister will be able to deliver those promises.

This week, Italy is seeking to have seven boats carrying roughly 1,000 migrants needing rescue off Libya taken back to North Africa, according to a Spanish aid group Proactiva Open Arms. It said the Italians want the Libyan coast guard to conduct the rescues and return the migrants.

In its tweet, Proactiva said the Italian coast guard authorities who coordinate rescues sent out advisories to all ships in the area but told the aid group: “We don’t need your help.”

Earlier, Mr Salvini has declared several times that Italy will no longer be “Europe’s refugee camp” and wants the number of migrants rescued at sea and brought to Italy drastically reduced. According to the Italian government, it’s time for Europe to find itself again in the principles that everyone preaches, but few sincere practices.  Matteo Salvini reminds that at stake is ‘the future of Europe as a political community and its values.’

Sending the ship with 1,000 migrants to Lybian coast, Salvini explained in his tweet:

“It’s right that the Libyan authorities intervene, as they’ve been doing for days, without having the NGOs interrupt them and disturb them.”