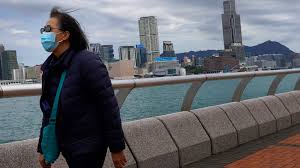 Japan decided it will be reasonable if the trials of HIV medications start to treat CoVID19 patients on the board of Princess Diamond cruise ship.

On Tuesday, Japan health authorities confirmed an increased number of cases poses a growing threat to the economy and public health. Despite the anti-coronavirus strategy, another 88 people tested positive for the virus on the Diamond Princess. Over two weeks, the cruise ship quarantined off the port of Yokohama, bringing the total number of infected passengers to 542, the Japanese Health Ministry said.

In its efforts to curb coronavirus, the government makes needed preparations so that clinical trials using HIV medication on the novel CoVID19 can start as soon as possible. Unfortunately, Yoshihide Suga from the Japanese Health Ministry added he could not say how long it might take to approve a drug’s use.

While the doctors are alarming with the spreading of disease across Japan, the economists also voice concern. As the contracting economy deepens recession fears, the spread of the virus has prompted Tokyo to curb the size of public gatherings, while some companies are telling employees to work from home.

HIV drugs have been touted as a potential cure for the coronavirus, which has killed almost 1,900 people in mainland China. No therapy has yet proven fully effective against the infection.

As demand for surgical masks surges in Japan, police were investigating the theft of 6,000 masks reported by the Kobe Red Cross Hospital in the central city, a hospital official said.