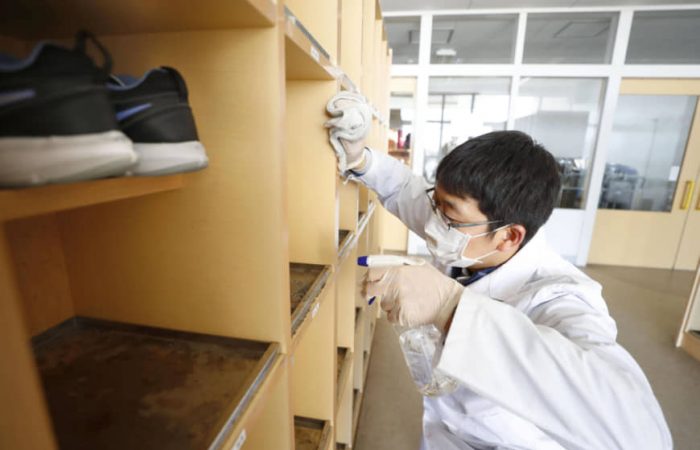 The Japanese government made a hard but timely decision to close for a month all elementary, junior high and high schools, The Japan Times reported. Since March 2 to early April, the Japanese students of all ages will not be visiting their schools amid growing fears surrounding the Covid-19 epidemic.

As the Japanese health ministry said, the country currently has at least 186 confirmed cases and seven deaths due to coronavirus. The infected passengers from Diamond Princess cruise ship weren’t included in those statistics.

Amid growing concerns over the fast-spreading of coronavirus, all schools should be closed to avoid the worsening of the situation. The unpopular measure was approved by Abe’s Cabinet after schools close after Hokkaido students infected.

The island has most of the 1,600 elementary and junior high schools across the country, that is why the local authorities have decided to close for a week the same day as part of efforts to curb the Covid-19 outbreak.

Over 50 infections have been confirmed in the prefecture, including students.

“We will make our best efforts to prevent further spread of infection to protect the lives and health of the people in Hokkaido,” government official Naomichi Suzuki said.

Some schools in other parts of the Japan have also decided to scale down activities.

In Tokyo, similar measures were undertaken. The Ochanomizu University is going to close affiliated kindergarten, elementary school, and junior and senior high schools from Feb. 28 for about a month. The spring vacation will be included in that period.

Prince Hisahito, the 13-year-old nephew of the Japanese Emperor Naruhito, attends the junior high school affiliated with the university. According to Ochanomizu University official, the move was unprecedented.