Jim Yong Kim steps down as President of World Bank 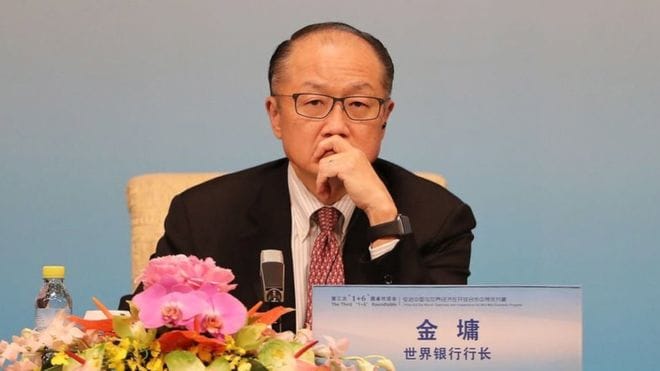 Jim Yong Kim, President of World Bank, will leave by 1 February, three and a half years before the expiry of his term in 2022, the WB spokesperson announced.

Kristalina Georgieva, the World Bank’s chief executive officer, will assume the role of interim president. In his statement, Jim Yong Kim didn’t explain the reason for unexpected leaving the top position, he said traditional invective instead: «It has been a great honour to serve as President of this remarkable institution, full of passionate individuals dedicated to the mission of ending extreme poverty in our lifetime». Mr Kim was nominated by Barack Obama for both his first and second term at the head of the World Bank, he ruled the financial institution for six years.

Kim said his achievements included persuading countries on the governing council, including the US, to boost the bank’s capital budget last year by a record $13bn. He said poverty around the world had fallen and the bank was on target to reach its goal of eliminating extreme poverty by 2030.

In the light of international financial relations, Mr Kim’s abrupt resignation leaves Donald Trump with the opportunity to appoint a successor. The American leader could turn to Ms Georgieva, the Bulgarian national who takes over as interim president when Kim leaves. Prior to joining World bank team, Georgieva was known as the much-respected official was a European commissioner and EU finance chief.

Kim is leaving WB with many problems, say the experts. For an instance, the bank was accused of following a business-friendly agenda that allowed western companies to make profits from developing countries without paying a fair share in tax in those states.