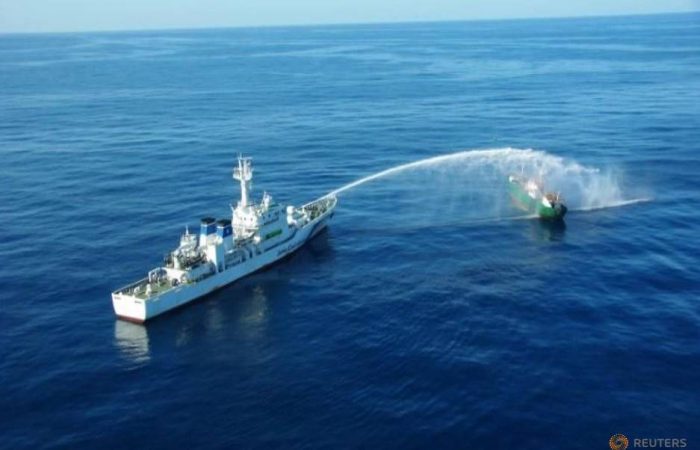 The Japanese Fisheries Agency has confirmed the fact of the sinking of the North Korea fishing vessel, New Zealand Herald reported. A collision between the patrol boat and a boat resulted in the latter’s sinking.

The 1,300-ton Japanese fisheries patrol boat Okuni and the North Korean steel boat collided Monday off the northern Japanese coast. Japanese Coast Guard confirmed the incident, saying that a North Korean fishing vessel has sunk after it collided with a Japanese patrol boat.

All 20 of its crewmembers thrown into the sea near Yamatotai, off Japan’s northern coast of the Noto Peninsula. That the place is known as rich ground for squid fishing, so, Japan has stepped up patrols in the area as North Korean poaching has surged.

Meanwhile, the Fisheries Agency says its patrol vessel, joined by Coast Guard aircraft and ships, has rescued an unspecified number of North Korean fishermen and is searching for the others.

The Japanese patrol ship had no major damage and was able to move on its own, Fisheries Agency officials reported.

Japan’s coast guard said some of its aircraft and vessels were headed to the area to join the search for the North Koreans, whose boat apparently was seriously damaged.

The Fisheries Agency said the collision was in an area known as Yamatotai, off the Noto Peninsula.

The North Korea boat: another unauthorised entry into the Japanese exclusive economic zone

During the briefing with media, the spokesman Kuwahara told that the NK boat had made an unauthorised entry into the Japanese exclusive economic zone and that the collision occurred just as the Japanese patrol boat was warning it to move out.

North Korea does its best to boost the fish harvests, the campaign could be a reason for unauthorized entry into the Japanese exclusive zone in the sea. The similar case was registered in June, Japan’s coast guard pushed more than 300 North Korean boats back from the same waters.

Japan also had to announce that an armed North Korean fishing boat «threatened» a Japanese patrol ship in August.