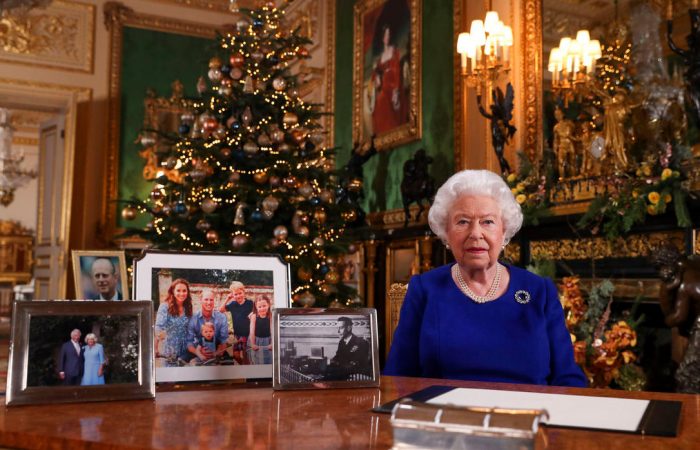 The traditional Christmas address of Queen Elizabeth II included many episodes of the year 2019, which made a life of the British family rather ‘bumpy’.

This year, Queens Christmas message intends to call on the British to overcome their divisions after a year «full of pitfalls». The monarch meant Brexit and scandals regularly shaking the British royal family. The young generations of it made the headlines during the year.

Queen Elizabeth II will describe 2019 as «quite bumpy» in her traditional Christmas Day message. Despite all these factors, the queen remains one of Britain’s most popular figures despite the royal family’s travails.

According to the November YouGov poll, 72 percent of respondents had a positive opinion of the British monarch. In comparison, only 46 percent approve of Prince Charles, the heir.

Another Queen’s son, Prince Andrew, also put a black spot on the royal reputation. His calamitous interview with BBC when he was trying to distance himself from American paedophile Jeffrey Epstein, only worsened the situation.

The interview in which Andrew denied having sex with one of Epstein’s alleged victims was widely ridiculed and reportedly criticised within Buckingham Palace, forcing him to «step back from public duties».

In a portion of her Christmas speech released in advance, the queen says the life of Jesus shows the importance of reconciliation.

«The path, of course, is not always smooth, and may at times this year have felt quite bumpy, but small steps can make a world of difference,» the monarch said.

Prince Harry and his American former actress wife Meghan Markle also showed their vision of being the royals. They also appeared in the news, speaking about their struggles living in the public eye.

In her Xmas message, Queen remembered heroism of the British soldiers during D-Day.

«For the 75th anniversary of that decisive battle, in a true spirit of reconciliation, those who had formerly been sworn enemies came together in friendly commemorations either side of the Channel, putting past differences behind them,» the queen says in her message.

She added that Great Britain honour freedom and democracy ‘once won for us at so great a cost’.