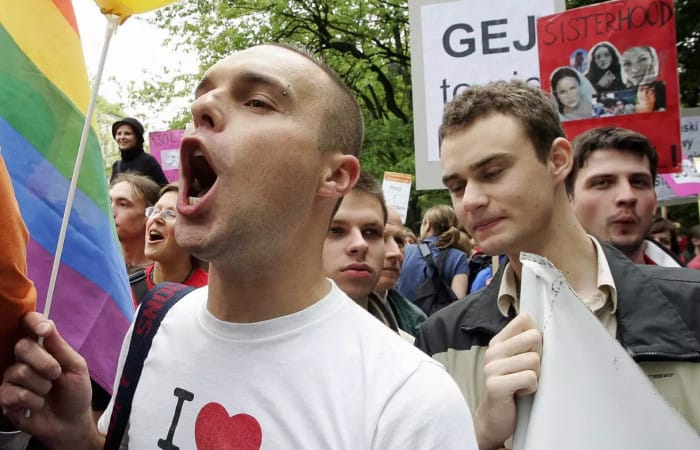 Romanian senators have expressed their opinions about the same-sex marriages, they voted 107-13, with seven abstentions, to allow the referendum to go ahead. Under such overwhelming vote results, it will be rather hard to legalize homosexual marriages in Romania, CNN reported.

Romania will not change the country’s constitution para, which defines marriage as a union between a man and a woman. In fact, the text defines marriage as a union between “spouses” and the latest Senate vote could be the first step to limiting the definition of marriage in the country. Last year, a petition which was signed by three million Romanians who demanded that the definition of marriage be changed.

The LGBT community and Accept, a group that fights for equal rights for Romania’s same-sex couples, are dreaming of legalising the same-sex marriage but the chairman of Romania’s ruling Social Democratic party indicated the referendum will be held in October. Opposition to same-sex relationships can be fierce in Romania, where attitudes are conservative and where homosexuality was only decriminalised in 2002. Serban Nicolae, a senator for the Social Democrats, said:

Modern Romania doesn’t guarantee any legal protection to same-sex couples and does not recognise same-sex marriage, so, human rights activists used to accuse the MPs of homophobia and a lack of protection for gays and lesbians, and their families.