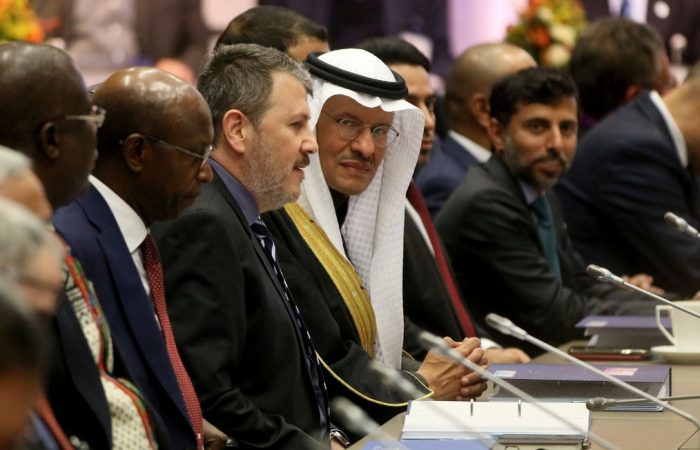 Saudi Arabia and Kuwait have signed the long-awaiting agreement, which ends a long-running dispute over oil fields in a strip of land between the two Persian Gulf states. As New York Times reported on Tuesday, that move could bring more oil to the global market.

Under the signed agreement, two oil producers should gradually allow around 500,000 barrels of oil to come back to the market per day. Moreover, the Saudi-Kuweitan deal is likely to be seen as the latest in a series of wins for Prince Abdulaziz bin Salman, Saudi Arabia’s energy minister.

For the Organization of the Petroleum Exporting Countries (OPEC), the agreement becomes a milestone and potential benefit. The oil fields were shut down about five years ago after Saudi Arabia and Kuwait feuded over land-use and environmental issues.

The availability of new supplies may be something of a mixed blessing because Russia and OPEC states are already reducing output to prop up prices.

After the official announcement of the deal, the experts suggest that the Saudis and Kuwaitis would probably compensate by dialling back output at other fields.

For stock exchanges, the news became a surprise but on Tuesday morning oil prices were little changed.

For the United States oil giant Chevron, signing of the agreement became one of the most anticipated news in a year. The American company has an agreement to operate about half of the production in the area, so-called neutral zone. The dispute has been costing Chevron around 100,000 barrels a day in lost production.

Prince Abdulaziz, a veteran energy official, was appointed in September. Since then, he has helped see through the initial public offering of the country’s national energy company, Saudi Aramco, which is the world’s largest oil company.

During the recent meeting in Vienna, the royal persuaded fellow OPEC countries and Russia to agree to new output cuts aimed at bolstering flagging oil prices.