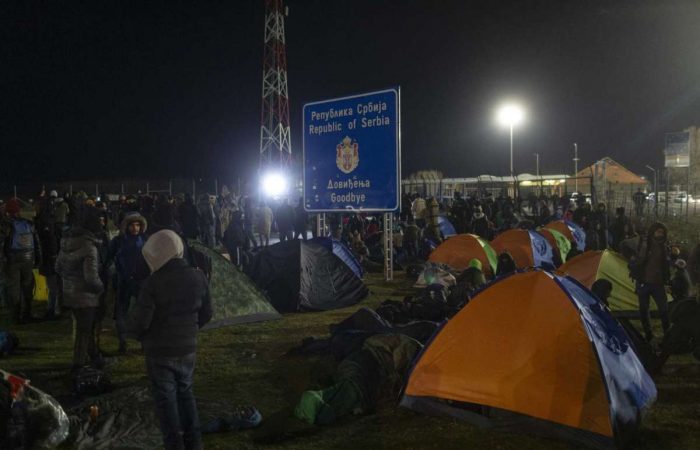 The mass gathering of at least 200 migrants, including children, has blocked the traffic at Serbia’s border with Hungary on Thursday night. People demanded to be allowed entry into the European Union state member.

After Hungary has erected two rows of wire fences at the border to prevent migrants’ entry, the neighbouring countries such as Serbia face the intensifying efforts from migrants who believe they are welcome in the EU.

On Thursday night, there were a couple of thousand migrants who are looking for the best life in Europe, stuck in the Balkans while seeking to move to the more prosperous nations in Western Europe.

Braving freezing evening weather and biting winds, the refugees from North Africa and the Middle East have camped at the Kelebija border crossing, blocking traffic. Wrapped in blankets or sleeping bags, many migrants were lying or sitting on the ground, holding their personal belongings close by.

Migrants demanded to allow them entry to EU member, Serbia

While the children demanded “Open borders!”, some of the migrant banners assure “we are refugees, not criminals” or “we are running from war, not hunger.” Due to the gathering of too many people, the border crossing was closed to traffic.

“We ask European Union to open the borders, please, please open borders,” said Amr Abohatem from Yemen. “They should ask our governments why people come here!”

Most migrants in Serbia spend months in the state camps and attempt to cross the borders several times. They often rely on people smugglers to help them cross to Hungary or another EU member state, Croatia.

Hundreds of thousands passed through the Balkans in 2015-16 when about one million people entered Europe. Most refugees came from Syria, Iraq or Afghanistan.