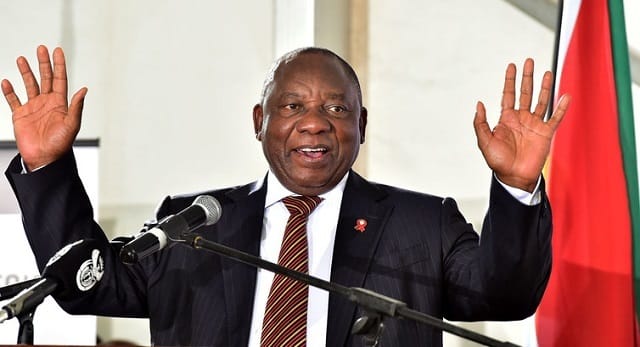 New president Cyril Ramaphosa reached out to opposition parties, telling that the country must come first in ‘everything we do’. The former anti-apartheid activist turned successful businessman who reached the top of the political ladder in South Africa.

New South Africa’s President is the standard bearer for the moderate, reformist faction of the African National Congress, his annual state of the nation address was to have been given by Zuma eight days ago but was postponed to allow Ramaphosa, who is the leader of the ruling ANC, and other senior party officials to negotiate his predecessor’s departure.

On Thursday, Ramaphosa’s short speech in parliament included a vow to fight graft and unite South Africans. The new national leader outlined anti-corruption strategy and promise to fight with the bribery in the political and daily life. Zuma’s era is over, so, the country should understand that fresh start is a must.

The recent palace coup within the ruling African National Congress – and so South Africa – feels a little like that. As if the now departed president Jacob Zuma had disappeared behind a magician’s cloak only to be replaced by Cyril Ramaphosa in a puff of smoke and carrying with him a long-missing sense of optimism in this country.

Ramaphosa, a 65-year-old lawyer with a background in trade union negotiations and a vast business empire of his own, is promising economic revival to South Africans and a restoration of dignity on the world stage. On Thursday, he also pledged to draw a line between his leadership of the ANC and the scandal-ridden Zuma years marked by constant allegations of graft and corruption.