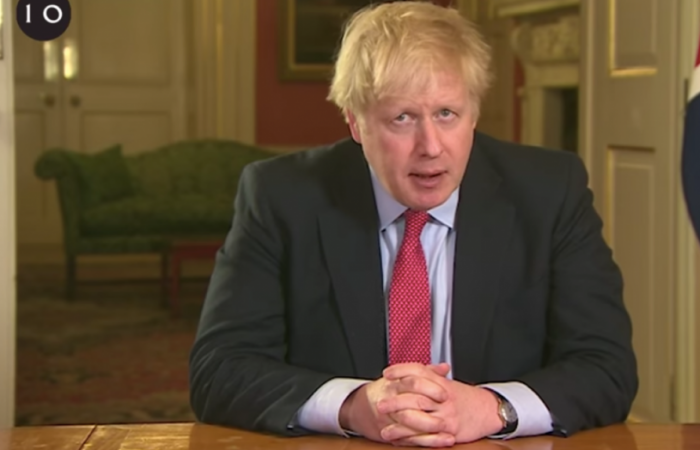 The UK prime minister has tested positive for Covid-19. He immediately self-isolated himself at home and said he continues to lead the government distantly, BBC reported on Friday.

The coronavirus hit Boris Johnson, according to the statement from Number 10 Downing Street. The UK prime minister is experiencing “mild symptoms” but being a very responsible patient, Mr Johnson decided to self-isolate within Number 10, the office and residence of the UK PM.

Despite the mild symptoms of virus the top official will still be in charge of the UK’s handling of the novel pathogen crisis. To describe the situation, Boris Johnson said in his latest tweet, he will be “working from home” and that it was definitely the right thing to do.

Taking into account that Johnson’s fiancée, Carrie Symonds, is pregnant, it will be better to keep the distance between soon-to-be-parents. In fact, the 32-year-old woman has stepped into the spotlight with an official role as the PM’s wife, despite not being married. For Number 10, it is the first such a case when the unmarried partner of a prime minister has moved into Downing Street.

The UK bravely fights against coronavirus

This week, a coronavirus hit Britons harder, so, PM Johnson has announced a three-week lockdown in the UK to help contain the spread of the virus.

Previously, the British government advocated building up a “herd immunity” within the UK, but Johnson abandoned this approach when the evidence showed that this would overwhelm the UK’s healthcare services.