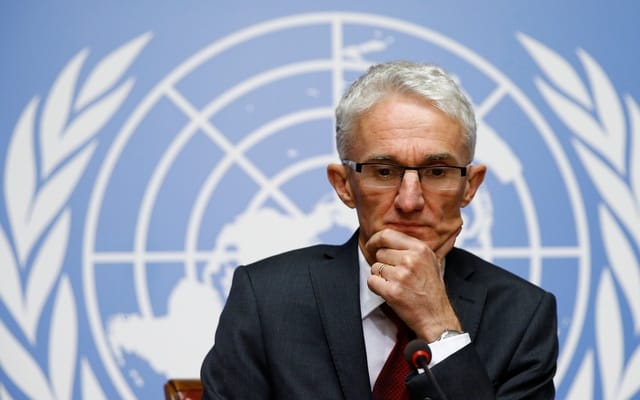 United Nations Emergency Relief Coordinator Mark Lowcock urges for extra funding to Syrian people who are suffering from enormously cold weather. The UN humanitarian aid chief has highlighted the timely financial assistance to the war-torn country, which infrastructure has been totally destroyed during the civil war.

Mr Lowcock also reiterated in his statement the importance of sustaining Turkey-Russia agreement on Syria’s Idlib to help reduce the fighting and airstrikes. This week, the UN Emergency Relief Coordinator appealed for international funding, his request was backed by the UN Security Council. The additional funding for safe aid delivery is critical for the Syrian people and internally displaced persons.

In his speech in front of the UN Security Council, Mark Lowcock reiterated that the conditions faced by millions struggling for survival amidst rain, snowfall and freezing temperatures across Syria should be immediately alleviated. People need assistance right here and right now otherwise, the death toll will rise.

“[…] January saw an increase in fighting between non-State armed groups, placing civilians at risk and resulting in injury and death,” Lowcock added.

Amid the unusually cold weather in the region, the importance of sustaining the Russia-Turkey agreement is extremely important, said Lowcock and warned that a large-scale military operation in Idlib would have a catastrophic humanitarian impact.

In January, the harsh weather destroyed the makeshift shelters and forcing tens of thousands more people to move. So, continued international support is critical to ensuring that all those in need can be reached.

The UNSC has backed Mr Lowcock’s request for extra funding and agreed that the UN “must continue to be able to provide food, medicine, tents, critical winter supplies and other help.”