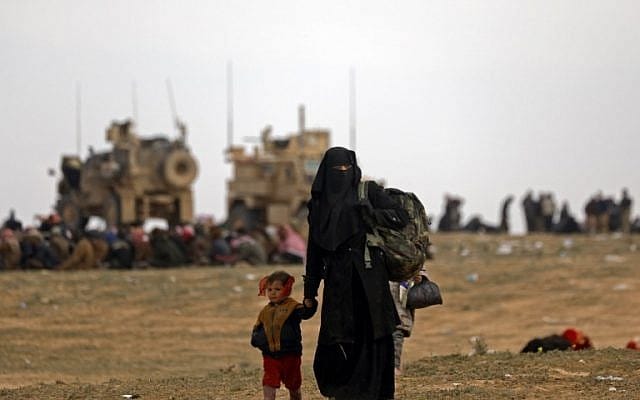 The US troops withdrawal from Syria makes the situation more complicated, especially for the Kurds. To demonstrate its support, Pentagon said it will leave a ‘peacekeeping group’ of 200 troops in Syria after withdrawal, Times of Israel reported on Friday.

After US President’s pullout from devastated Syria, the White House confirmed Thursday that a small peacekeeping group of about 200 will remain in the war-torn country for a while. According to the White House spokesperson Sarah Sanders, the troops’ “peacekeeping” designation could pave the way for European allies to commit forces for such a mission.

The announcement comes amid fierce criticism of Trump’s decision to withdraw America’s 2,000 or so troops from Syria by April 30, with members of his own Republican Party blasting the move.

According to Patrick Shanahan, acting Defense Secretary, he attempted to convince allies to maintain a troop presence in Syria after the US pulls out. During his visiting Europe last week, he tried to make the situation of the US troops’ withdrawal easier. However, he struggled to persuade other countries why they should risk their forces with America gone.

The US troops withdrawal leaves Kurds on their own

In December, Donald Trump declared victory over the Islamic State group in Syria, even though thousands of jihadists remain and fighting continues around their last holdout.

The US-backed Syrian Democratic Forces (SDF) are working towards evacuating civilians remaining in the holdout, so they can polish off the dying IS “caliphate” whether through an assault or a surrender deal.

Syria’s Kurds have long demanded the repatriation of foreigners accused of belonging to ISIS in their custody, but their home countries have been reluctant.