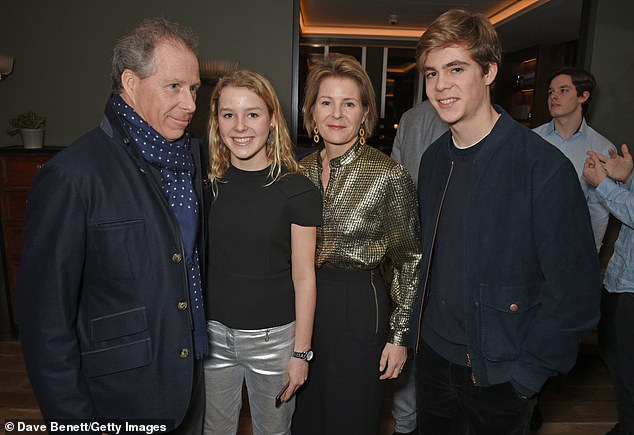 Another royal split is coming, the eldest nephew of the Queen decided to split his wife. David Armstrong-Jones and his wife Serena have officially announced their desire to divorce.

The Queen has been hit by yet another break-up in the royal family as her late sister’s son, Earl of Snowdon, is going to break-up after 26 years of marriage with Serena. As the statement said, David and Serena “amicably agreed“ to split.

“The Earl and Countess of Snowdon have amicably agreed that their marriage has come to an end and that they shall be divorced. They ask that the press respect their privacy and that of their family,” the statement reads.

Earl David is 58 years old royal, he is the eldest son of the late Princess Margaret and Antony Armstrong-Jones. David works as a furniture maker, and his profession helped him to meet his future wife, Serena, in the nineties. They met when her dad, Charles Stanhope, commissioned David to design a walnut dining table for his Chelsea home.

The wedding ceremony for the late Princess Margareth’s son and his wife was gorgeous. The couple married on 8 October 1993 at St Margaret’s Church in Westminster in front of 650 guests including Princess Diana and her friend Elton John. Around 5,000 royal fans line London streets to celebrate the special day with the royal couple.

For Queen, it wasn’t the first sad family news in a month, her eldest grandson Peter Phillips also decided to destroy his family. The royal has already announced his split from Autumn after 12 years of marriage.

“The following statement is issued on behalf of both Peter Phillips and his wife Autumn Phillips following recent press speculation over their marriage,» a spokesperson for the couple said in a statement.