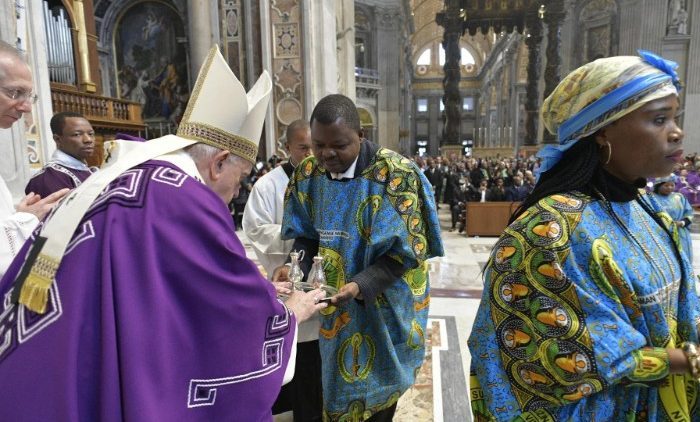 Pope Francis warned the believers on the virus of consumerism, which intensifies year to year, especially in November and December. Both Black Friday and Cyber Monday make people lose their minds in attempting to waste money for things they don’t really need. As Vatican News reports, the real danger is that which anaesthetizes the heart, said the pontiff during his Sunday mass.

Pope Francis warned the people who gathered for another Sunday mass that they shouldn’t forget about God, even when it is about spending money and daily life. According to the pontiff, the consumerism transforms an individual, taking off the kindheartedness and logic.

Consumerism is “a virus that attacks the faith at the roots,” said Pope Francis. It makes us believe that life depends only on what we have, so we forget about God.

“Even if the Lord comes, you just follow the appetites that come to you”, he said, meaning the upcoming hysterical date, a Cyber Monday 2019, which expected to be another record-breaker.

The real danger is that which anaesthetizes the heart, added the Pope, letting ourselves be burdened and dissipated by our needs. Of course, all people could think about then was eating and drinking. However, “they reduced their lives to their needs, they were content with a flat, horizontal life, without momentum,” said the pontiff and added they were content to consume.

Talking to the believers, Pope said that things are never enough, and consumerism reigns today.

“Our houses are filled with things but empty of children”, he said. “This is the demographic winter we are suffering”, he added.

The modern society has no time for God or for others. People’s greed grows and others become obstacles, so people end up feeling threatened, always dissatisfied and angry, raising the level of hatred.

“The world is full of weapons that cause death, yet we do not realise that we too continue to arm our hearts with anger,” Pope Francis said.

The head of the Roman Catholic Church urged the believers to overcome the temptation that the meaning of life is accumulation. The individual is rather strong to resist ‘the dazzling lights of consumption’, which will shine everywhere this month.