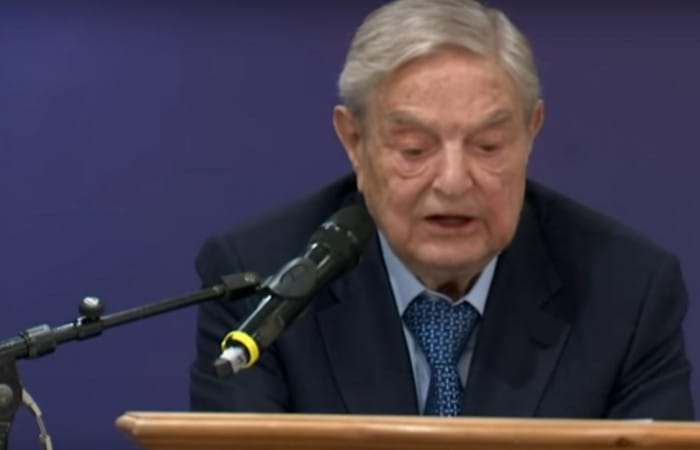 George Soros, the billionaire former hedge fund manager, gave an unexpected speech during the World Economic Forum on Thursday. Facebook and Google were compared in his speech to gambling companies that foster addiction among users and called cryptocurrencies a typical bubble. In other words, such media companies are a menace to the society, said Mr Soros in Davos.

The billionaire Soros said Facebook and Google are doing the terrible things, day bay day they “deliberately engineer addiction to the services they provide.” According to Soros, the “network effect” that has propelled these companies to dominance is “unsustainable” and predicted that Facebook will “run out of people to convert in less than three years.”

In fact, people want to be deceived, and the social media give them such a wonderful opportunity on the 24/7 basis, Facebook and Google have become “obstacles to innovation” and are a “menace” to society. The philanthropist expressed his concern that humankind civilisation’s “days are numbered”.

George Soros in his speech on Thursday in Davos, did his best to draw the attention of the audience to the fact – the power to shape people’s attention is increasingly concentrated in the hands of a few companies.

‘It takes a real effort to assert and defend what John Stuart Mill called ‘the freedom of mind’. There is a possibility that once lost, people who grow up in the digital age will have difficulty in regaining it. This may have far-reaching political consequences,’

The World Economic Forum in Davos gathers the elite audience on the annual basis, this year, Soros was the latest high-profile business person to speak out on Facebook, Google, and similar internet platforms at Davos. Earlier this week, Salesforce’s chief executive, Marc Benioff, said that Facebook should be regulated like a cigarette company because it’s addictive and harmful.

George Soros also gave his opinion regarding the presidency of Donald Trump. The investor and billionaire criticised Trump’s leadership, saying he had put the US on course for a nuclear war with North Korea. And, of course, Trump did it well with the help of those Google and Facebook platforms.