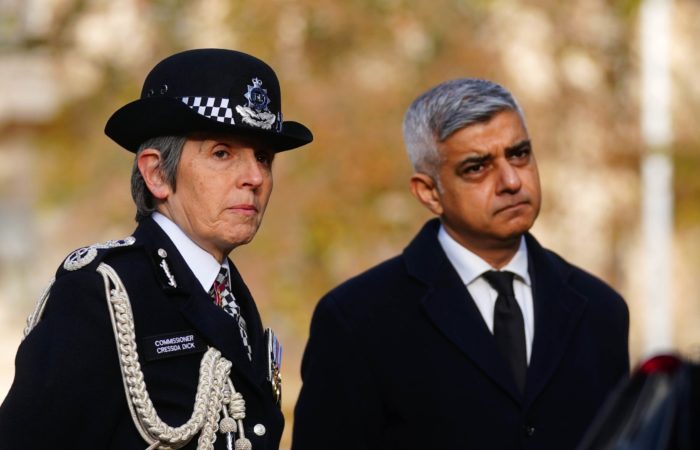 Cressida Dick has announced her resignation from the post of Met Police’s chief on Friday. A pressure following a number of scandals made the official step down, ITV has learned.

Dame Cressida Dick stepped down as Commissioner of the Met Police, her Friday statement reports. She has been leading the Met Police for almost five years but the recent public fallout with the Mayor of London Sadiq Khan made her resign

Commenting on the unexpected move, Dik said she was going nowhere. According to the former police chief, it was a traumatic period for her. In addition, the Met Police has faced a significant backlash from the public over the last couple of years, and in March last year Sarah Everard was brutally raped and murdered by serving police officer Wayne Couzens, prompting a public outcry and protests.

Despite the pandemic and lockdowns, the increase in knife crime and teenage murders have led to further calls for the police chief to step down. But the most alarming figure is London recorded its worst-ever death toll from teenage homicides in 2021.

London Mayor Khan: “Rebuild the trust and confidence of Londoners in the Met”

London mayor Sadiq Khan has commented on the resignation of Dame Cressida, saying: “It’s clear that the only way to start to deliver the scale of the change required is to have new leadership right at the top of the Metropolitan Police”.

He thanked Dame Cressida Dick for her 40 years of dedicated public service and stressed out that she was the first woman to become Commissioner.

Mayor Khan added he will now work closely with the Home Secretary on the appointment of a new Commissioner so that we can move quickly to restore trust in the capital’s police service while keeping London safe.