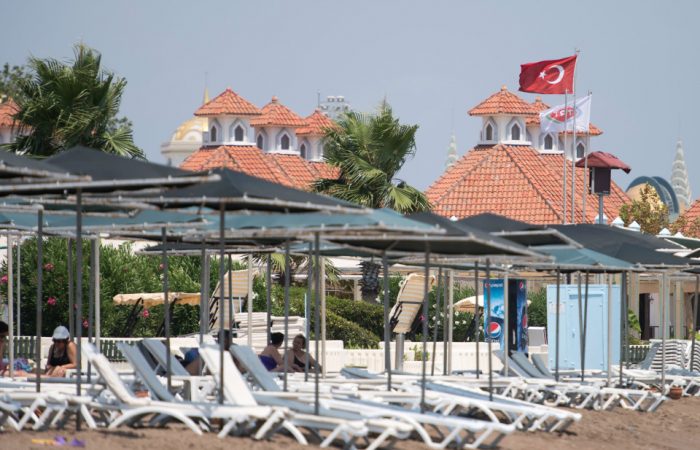 The Turkish resorts expect a recovery from July with the start of flights from Russia and Europe.

Despite Russians are finally coming, their converted rubles will not save the situation. In Turkey, it looks to be another lost summer for the touristic sector, AFP reports.

“We closed the last tourism season down 75 percent,” Bodrum mayor Ahmet Aras said and added the resorts across the Aegean seaside will not happen for a few more years.

Pandemic just wrecked Turkey’s economy by depriving it of foreign revenue to finance debt and support the lira. A country that heavily relies on the touristic flow, suffers from the pandemic and its consequences the second year in a row. The leaders of the touristic industry believe that President Erdogan’s government needed an urgent fix therefore to quell public discontent.

The delta variant has ruined again the plans to revive the economy. While the government tried to coax tourists to Turkish beaches with exemptions from weekend curfews and other COVID-19 rules. But quarantines placed on travellers returning from Turkey laid the government’s plans to waste.

“God willing, we will jump-start tourism and have a tourist push,” Erdogan said this month.

Meantime, the Russian government has lifted a Turkish travel ban this week. Moreover, more Turkish hotels are expected once EU travel rules ease on July 1. Russians make up the largest share of tourists because Turkey is one of the main holiday destinations they can reach without a visa.

According to the Turkish hoteliers, last year was like a joke. However, the small and medium business thought it was just that one time, and that they would get over it. Unfortunately, one year later, the situation is still tragic. In other words, a touristic sector today is not strong enough to keep standing.