Zimbabwe: Robert Mugabe ‘to receive £7.5m plus salary for life’ after being deposed 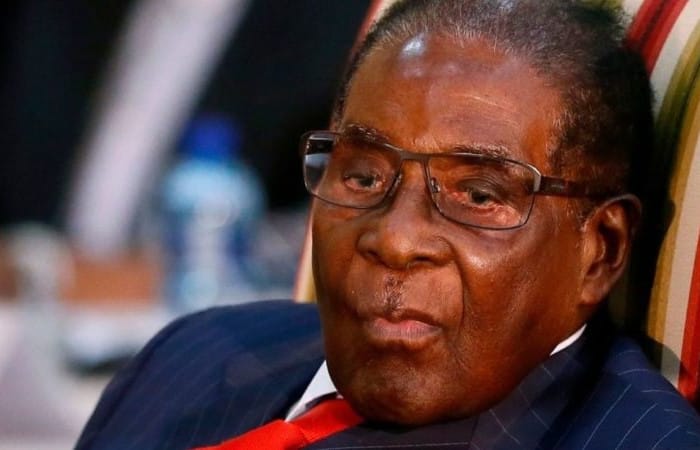 The former President Robert Mugabe has ended his 37-year-long era of autocracy in Zimbabwe with the “golden goodbye” package. Reportedly, deposed ruler and his wife are to receive £7.5m as well as immunity from prosecution.

Robert Mugabe knows how to bargain, the 93-year-old politician spent several days under home arrest and could bargain with the military to allow him and his wife to enjoy their retirement in the lap of luxury in Zimbabwe rather than being forced into exile. According to Zimbabwean media, the private person Mr Mugabe will continue to enjoy full military protection as a former ruler as well as his full presidential salary of £112,500 a year until his death.

Grace Mugabe, the wife of the ex-president, will continue to receive half of his salary after his death. Money for Grace after his passing away was one of the most important demands of Robert Mugabe while bargaining. The 93-year-old man negotiated the exit package for himself and his 52-year-old wife through a team of mediators who included a Catholic priest, media reported.

One of the biggest newspaper Zimbabwe Independent reported on Sunday that a new government is going give Mr Mugabe a £3.75m lump sum and then the remainder will be paid out in instalments.

“Mugabe will also enjoy full medical cover as well as his monthly salary. In the event of his death, his wife will be given half (of his) salary per month,”

After the coup, Commander of the Presidential Guard, Brigadier-General Anselem Sanyatwe said:

“We were told that the President had resigned, but that he was granted full immunity. Sanyatwe informed us that Mugabe will continue to enjoy protection as a former head of state.”

Grace Mugabe flew from the country immediately after the coup, president and his wife left Zimbabwe with an impoverished population, an unemployment rate of 80 percent, a virtually worthless currency and crippling debts.