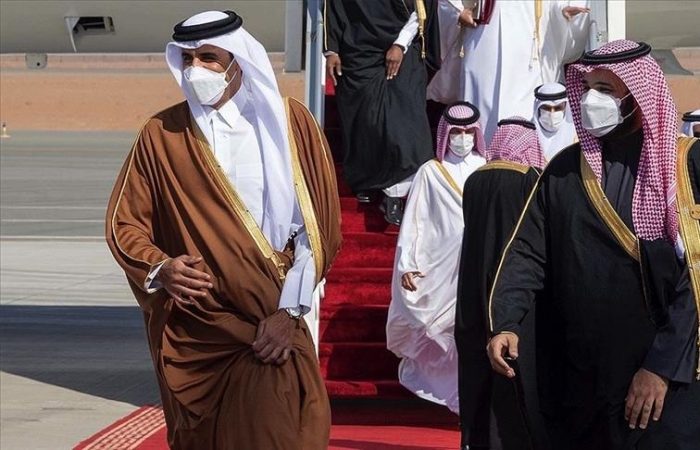 Summit of the Arab world leaders comes one day after Saudi Arabia’s announcement on reopening borders with Qatar. The closing statement, one of the most important documents of the summit, was signed by the leaders of Qatar, Kuwait, the United Arab Emirates, Oman, and Bahrain.

The historical reconciliation in the Gulf and reopening air, land, and sea borders with Qatar following a three-year feud became a symbolic event on the eve of summit’s opening on Tuesday. The meeting took place in the northwestern Saudi city of Al-Ula.

Saudi Crown Prince Mohammed bin Salman thanked Kuwait and the US for efforts to achieve the long-awaited “reconciliation.” Upon arrival, the MbS hugged warmly Al Thani, according to a video clip aired by the official Saudi Press Agency.

“I congratulate all of you for our historic achievement in today’s announcement that we have reached the signing of the Al-Ula agreement,” Al-Sabah said.