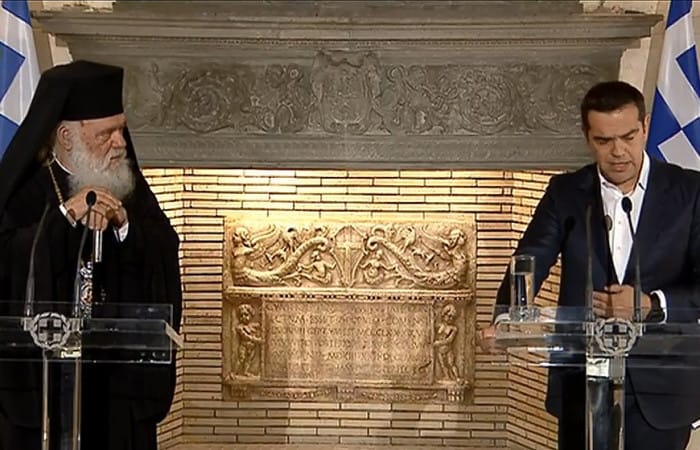 Alexis Tsipras announced that Greek Orthodox Church and state will soon be split, BBC reported. Prime minister’s intention caused a stir among the clerics who don’t support Tsipras’ decision to redefine the state as “religiously neutral”.

Prime minister Tsipras has sealed a rather unexpected agreement that will separate the state from the powerful Orthodox Church for the first time in centuries. In Greece, where the Church used to play the dominant role, decision to separate it from the state means only modernization of the old religion institute. The Greek constitution had long stipulated that the Greek Orthodox faith was the dominant religion in the country.

An atheist Alexis Tsipras has reached an agreement with Archbishop Ieronymos II. On Tuesday, the leaders decided to redefine the state as “religiously neutral”.  The move fulfils a long-standing election campaign pledge to modernise the Greek state, which Mr Tsipras hopes will help to lure back thousands of disgruntled voters next year.

The society is very religious in Greece, even the courts have a religious icon hanging above the judge’s seat. traditionally, some public services still have forms which require to know the citizens’ religion, despite this being theoretically illegal. Moreover, atheist Tsipras’ decision means that some 10,000 Greek Orthodox Church employees will come off the payroll, although their wages will still be paid as a state subsidy.