Maduro, Putin agree to strengthen cooperation at talks in Moscow 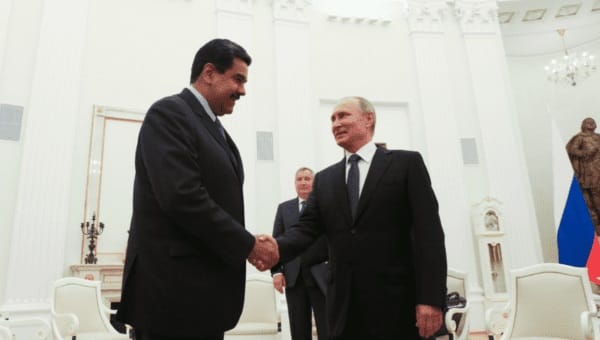 Nicolas Maduro and Vladimir Putin held the fruitful talks this week, both national leaders agreed to strengthen cooperation between the countries.

Venezuelan President Maduro thanked Vladimir Putin for his support during the hard times in Venezuelan economic and political life. The talks in Moscow showed that Russian-Venezuelan relations will be strong and sustainable as never before.

During the talks on Wednesday, Putin and Maduro focused on financial aid for the crisis-stricken country, including the financial debt of Venezuela. Over a couple of years, this country has been rocked by protests and economic chaos that has caused dire shortages of food and medicine. Under such dangerous situation, Maduro’s government is counting on Russian support amid growing international isolation.

“I thank you for all the support, both political and diplomatic, during the difficult moments we are experiencing,”

Maduro said in remarks before the two presidents met behind closed doors.

His Russian counterpart said that Russian government sees that Venezuela is undergoing a tough time.

‘There is the impression that you have nonetheless managed to establish some kind of contact with the political forces that oppose you,’

Venezuela thanked Russia for the support

The debt of Venezuela is restructuring, taking into account the uneasy times of Venezuelan economic. That aspect was one of the most important for Nicolas Maduro during the negotiations.

“No doubt the subject should be seriously discussed. That is why the talks are being conducted,”

Speaking earlier at the second day of the International Energy Forum in Moscow, Maduro called for international cooperation to stabilize oil prices and overcome the challenges facing the Venezuelan economy.