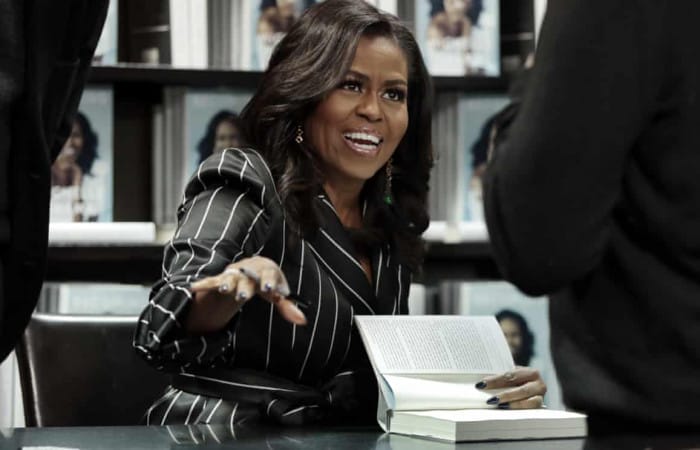 Becoming by Michelle Obama became the best-selling memoir, confirmed Penguin Random House on Tuesday, according to the Wall Street Journal.

Michelle Obama has been promoting her memoir with extremely popular global tour. Tickets were sold out in minutes, while Mrs Obama had to make her tour schedule even tighter. Michelle is set to return on 14 April at the 20,000-seat O2 arena in London, a venue more used to hosting concerts by global pop stars.

“We believe this could be the most successful memoir in history,” said Thomas Rabe, CEO Bertelsmann said.

After leaving the White House in 2016, Michelle Obama started a new phase of her life. In fact, for both Obamas, a life beyond the US presidency has proved lucrative and full of unexpected events. In 2018, the former presidential couple struck a deal with Netflix to produce TV series and films for the streaming service.

Becoming tour has sold out arenas on her massive international book tour, where she has been interviewed onstage by Oprah Winfrey, Sarah Jessica Parker, Reese Witherspoon and former Obama senior adviser Valerie Jarrett, among others. In its first week, “Becoming” sold more than 1.4 million copies, Penguin Random House said in November.