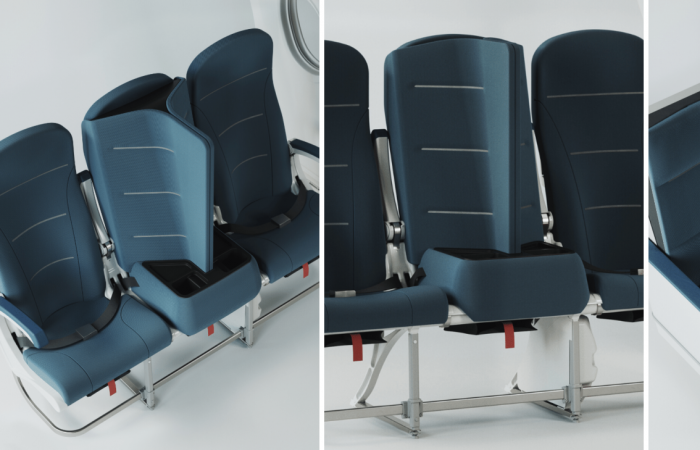 Aircraft interior designers got a new impulse after COVID-19 epidemic. To make the travel safer, the new origami-style design for aeroplane seats was offered.

The design – which is officially called Interspace Comfort System – features two wings within the seat-back that can be unfolded to offer lateral support and prevent movement, leaving the middle seat of three vacant and creating a privacy barrier between seats.

The idea of the origami-style seat is simple, in fact. The concave padded shells, which are the same height as the seat, can be installed on 90 per cent of economy seats, says Safran. Safran Seats executive vice-president strategy and innovation Quentin Munier said he believes to have the product on the market in the next few months, and the premium-economy concept later in the year.

The partnership with Universal Movement is part of a suite of post-COVID innovations which the French company plans to release under the Travel Safe brand. They include Ringfence, a removable partition that isolates neighbouring passengers, a pedal for hands-free reclining and virus-proof coatings for armrests and tray tables.

The consequences of coronavirus epidemic are changing the world. Frankly, the recent crisis has been devastating for airlines, it is incentivising the industry to think differently about their cabins. The post-COVID environment requires creation of new needs and opportunities, with a lot of upgrade and retrofit activity to be expected.