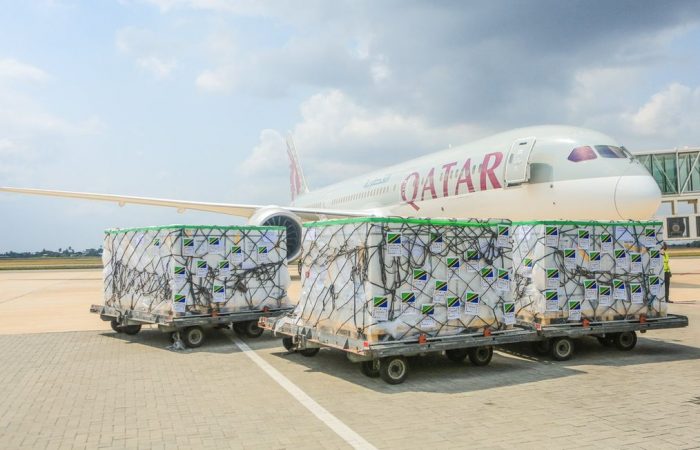 Tanzania health ministry thanked China for sending another massive batch of the Sinopharm vaccines against the COVID-19. On Friday, the second batch of the jabs have arrived at the Julius Nyerere International Airport.

Tanzania has received the second consignment of 576,558 Sinopharm jabs  from Beijing ahead of the planned second phase mass campaign.

The half of million vaccine doses were received personally by the minister of health, Dr Dorothy Gwajima. She said that the Chinese vaccines will require a person to take two jabs within 28 days to reach full immunity against the virus.

Dr Gwajima also added that those who have inoculated have made the right decision and we hope the Sinopharm vaccine will be completed as soon as possible.

The top health official said the vaccines were safe and had been tested by experts as soon as they arrived and that the government would continue to receive more vaccines in the coming weeks.

“There has been a great response so far from the citizens by yesterday 760,000 people had been vaccinated and we hope by the end of next week the Johnson & Johnson vaccines will be completed.

According to Tanzania top officials, the doses have been brought in the country under the World Health Organization (WHO) program known as Covax Facility, AllAfrica has learned.