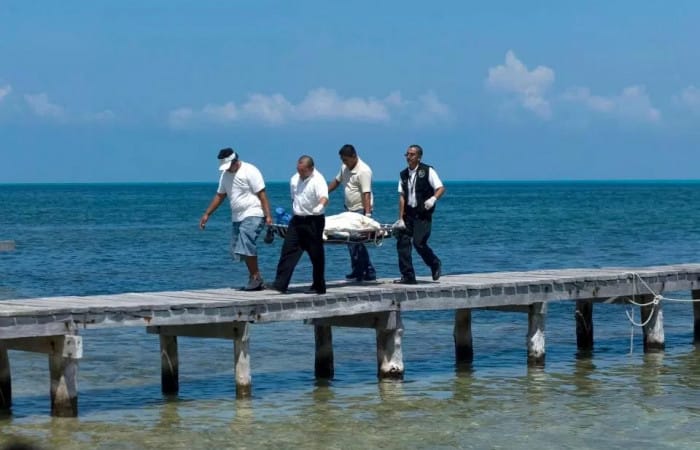 Cancun’s reputation as a safe place is under question after recent 36 hours, on April 4 alone, nine people were killed, almost twice the previous record of five, with a total of 14 people being executed in 36 hours, it’s been reported by New York Post.

Cancun spike in crime is due to cartels fighting for territory, in one incident, a “narco mantas” reading “go to Hell” was attached to the body of a woman who was found beaten and with a rope around her neck. In 2018, according to Federal Police, there were 113 homicides in Cancun, state Quintana Roo, whose reputation as the safe place for family weekends is overshadowed by recent crimes.

The U.S. State Department issued a do-not-travel advisory for the Mexican states of Colima, Guerrero, Michoacán, Sinaloa and Tamaulipas because of increased crime in March when narco cartel boss Alfonso Contreras Espinoza was shot dead in local hospital. In February, the U.S. consulate in Cancun was closed temporarily following a tourist ferry explosion, which injured 24 passengers.

The British consulates also remind that travelling to Cancun requires from visitors to “monitor local advice, remain vigilant and follow the advice of the local authorities.”

According to the local police, the spike in violence is due to cartels fighting to seize opium-producing poppy territories for heroin production.

Dona Lety, Leticia Rodriguez Lara, is the alleged leader of the drug gang that dominates Cancun and faces trial on drug trafficking charges, along with her son. This outstanding Mexican lady is said to be a former police officer and allegedly heads the gang that controls drug sales in Cancun and Playa del Carmen. And the cartels, such as Lara’s, have also been extorting local bar and restaurant owners for large amounts of cash.