A rally was held in southern Turkey against the refusal of Turkish banks to work with Mir cards. 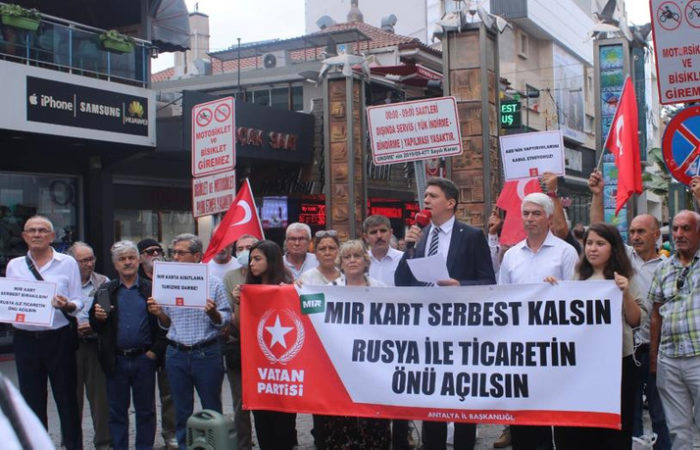 Several dozen people took part in a rally in Antalya in southern Turkey against the decision of Turkish state and private banks to refuse cooperation with the Russian payment system Mir.

At a rally organized by the Rodina party, the audience chanted: “Leave the Mir cards alone, Trade with Russia must be continued.”

Motherland Deputy Chairman Serdar Uskuplu said that “the suspension of the work of the Mir cards is an obstacle to the work of the tourist Turkish industries and merchants in Antalya”.

After the decision on the Mir cards, businesses operating in the tourism sector, from grocers to textile manufacturers, from ice cream shops to leather goods stores, estimate losses at an average of 80%.

Private Turkish banks Is Bankasi and Denizbank announced on September 16 that they would suspend acceptance of Mir cards following the US Treasury Department’s announcement of its intention to impose sanctions for supporting Russia’s attempts to expand the use of its payment system abroad. Also, cards of the Mir system in Turkey were accepted by the state-owned banks Ziraat Bankasi, VakifBank and Halkbank.