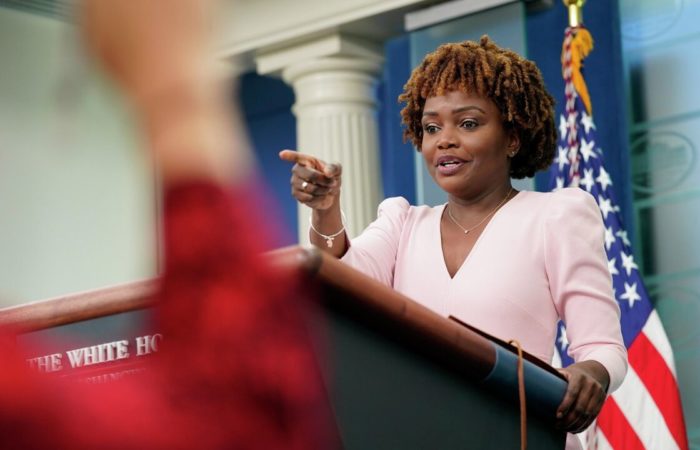 White House spokeswoman Karine Jean-Pierre walked out of the briefing room after an argument with a reporter.

Toward the end of the briefing, a journalist asked an administration official “why is it so difficult to give an opportunity to ask a question about the US-Africa summit.” The reporter tried to explain the importance of the topic, but Jean-Pierre interrupted him.
“It’s not difficult,” she said.

⠀
The journalist continued to ask for the opportunity to ask a question. “But you won’t let me answer,” Jean-Pierre retorted.

The reporter was surprised in response because he hadn’t asked the question yet.

⠀
“Let me ask a question,” the journalist asked again. With that, Jean-Pierre said goodbye and left the briefing room.