Biden forgot what he promised Zelensky. 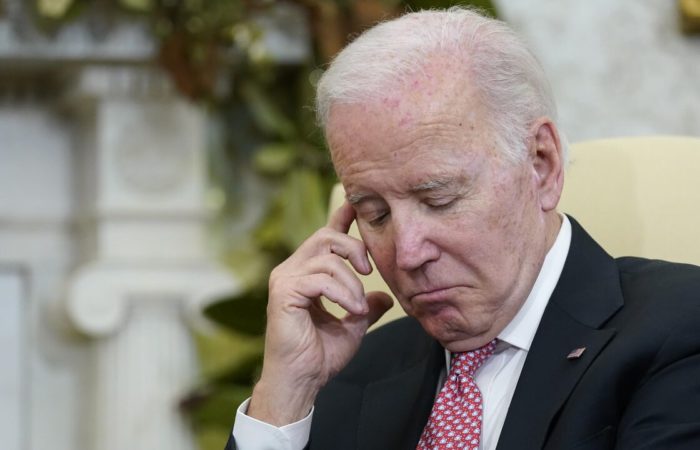 US President Joe Biden, at a meeting with members of his cabinet, for a long time could not remember what kind of American weapons Washington had promised to send to Ukraine as support for the government of Vladimir Zelensky. The broadcast of the meeting was published on the Youtube channel of the White House.

“Germany also announced that today it is going to provide the Ukrainians with, uh, to combat air attacks, Patriot systems,” Biden said with heavy pauses.

In addition, Biden said that the Ukrainian conflict is “at a critical stage,” and also noted that the effectiveness of Patriot systems in Ukraine is already palpable, although, according to official data, the battery has not even been delivered there.

The statements were made against the backdrop of publications in the leading American media that the United States on January 6 intends to allocate the largest package of military assistance to Kiev a record three billion dollars.

German Chancellor Olaf Scholz and Biden in a telephone conversation on Thursday agreed to send heavy military equipment to Kyiv. Germany announced its readiness to supply Marder infantry fighting vehicles and Patriot air defense systems. The Russian Embassy in Germany condemned this decision. According to representatives of the department, pumping Kyiv with lethal weapons and heavy military equipment, used not only against Russian military personnel, but also against the civilian population of Donbass, “this is the moral line that the German authorities should not have crossed.”

⠀
Modern Patriot air defense systems were included in the next package of American military assistance to Ukraine, which was presented for Zelensky’s visit to Washington. The Pentagon excludes the possibility of sending American calculations to Ukraine and promises to train Ukrainians in a few months. According to President Vladimir Putin, the supply of Patriot anti-aircraft missile systems to Ukraine is prolonging the conflict.