Blinken called on Israel and Palestine to urgently de-escalate tensions. 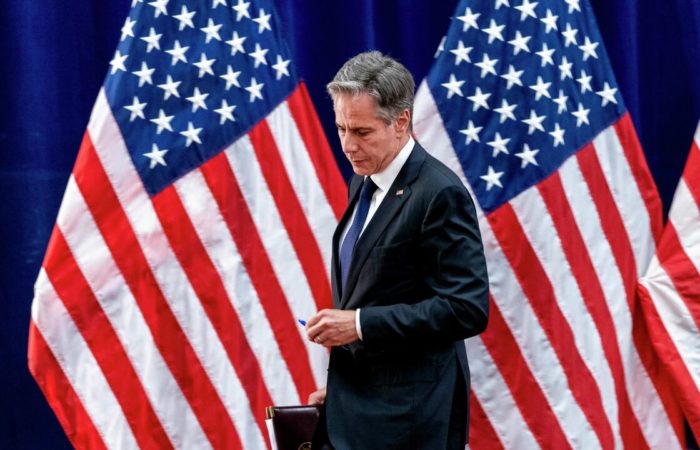 US Secretary of State Anthony Blinken held a telephone conversation with Palestinian President Mahmoud Abbas, during which he called on the Israeli and Palestinian authorities to urgently begin to de-escalate tensions in the West Bank, the State Department press service said on Saturday.

“The Secretary of State underlined his deep concern about the situation in the West Bank, including the escalating tensions, violence and deaths of both Palestinians and Israelis, and stressed the need for an urgent de-escalation of the situation by all parties,” the US Foreign Office said.

In addition, as noted, Blinken discussed with Abbas “joint efforts to improve the quality of life of the Palestinian people, as well as to strengthen their security and freedom.”

“The US Secretary of State also reaffirmed the US commitment to a two-state solution” the statement says.

⠀
The Palestinians, as part of the currently suspended peace process with Israel, are demanding that the future borders between the two sovereign states follow the lines that existed before the 1967 Six-Day War, with a possible exchange of territories. They hope to create their own state on the West Bank of the Jordan River and in the Gaza Strip, and they want to make East Jerusalem their capital.
⠀

Israel refuses to return to the borders of 1967, and even more so to share Jerusalem with the Arabs, which has already declared its eternal and indivisible capital.